Turner Clay returns with yet another instalment in his ghost-hunting adventure, returning to the property that he stayed in last time, and the fourth movie is where the downward slide begins. It now feels far too drawn out, with the new gimmicks still feeling far too familiar and tired.

What you have this time around is more background to the main case now being investigated by Clay, and details about a coded message sent to the police. Viewers are also told that Clay is having some difficulties, having spent too much money on his travels to contact spirits. The extra aspect this time around is a converted “speak and spell” device that Clay hopes will allow for more direct communication.

I am not sure how nice or harsh to be here. There isn’t anything presented here that is any better or worse than what we’ve had before, and there’s a very good scare at the end. You also get a properly satisfying sequence that seems to provide some solid answers and tie together some of the spooky occurrences. But they feel very much like Clay now splicing together footage that he held back from the last time around. The differences aren’t different enough, the development of the tension and scares don’t offer enough reward for the way in which viewers have their patience tested.

On the plus side, Clay remains a pleasant host, showing his mood deteriorating without ever becoming an outright asshole. And the format continues to work a lot better than it would if he had tried to present this as “found footage” without as much context. The big problem here is that the central mystery doesn’t hold our interest as strongly as Clay seems to think it will. It’s an extension of a tangent that makes the series name less and less relevant.

As dismissive as it may seem, I would say that those who have enjoyed the first three movies should at least stick things out for now. Clay deserves your time and financial contribution, if not for this particular instalment then at least for getting this far with limited resources and a good dollop of inventiveness. He has put a lot more effort into his work than so many others who would grab a phone camera and have a friend make some loud noises off-camera. 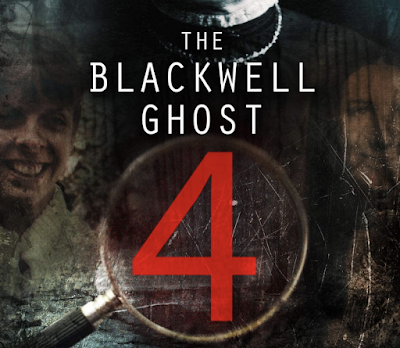