Although I didn't really enjoy the last outing for this anthology horror series (V/H/S Viral), I have to admit that the format has been used to deliver more hits than misses. There are many good names involved, and this is one series that usually gets you interested because of who is behind, rather than in front of, the camera, and the aesthetic allows those involved to easily distract viewers from any FX shortcomings (not that there necessarily ARE any FX shortcomings).

The wraparound tale here concerns a police S.W.A.T. team storming into a building that is full of people who have been collecting real-life horrors on videotape. The cult members, because it IS a cult, have often removed their eyes, and their legacy is left behind in tape form, items ready to be played/viewed by the unsuspecting officers. First up, the tale of some kind of "rat man" living in a storm drain. Then you have a woman looking after a body in a funeral parlour, and she soon discovers that the dead don't always remain as stationary as they should. There's a mad scientist tale next, with a different S.W.A.T. team bursting in to put an end to his lunacy and then finding themselves attacked by his creations. Last, a small militia group are shown creating a deadly weapon, but it's one that proves more dangerous to themselves than to anyone they plan to attack.

Whatever you end up thinking of every individual tale here, and there’s even room for a small fake advert directed by Steve Kostanski that adds to the fun, it is easy to see that every segment tries to marry creativity with some impressive gore gags. It is also easy to see that the V/H/S series creates premises that allow the idea of the camera running at all times to feel more natural than it does in so many other found footage films.

Timo Tjahjanto  is the standout here, delivering the third tale, a cross between Frankenstein’s Army and Tokyo Gore Police (with a, perhaps inevitable, hint of Doom), but nobody really disappoints. Simon Barrett takes his time to build to a wild finale in “The Empty Wake”, Chloe Okuno starts things off on the right foot with “Storm Drain”, and Ryan Prows tries to put an interesting spin on a very familiar concept in the final tale, “Terror”. Even the wraparound, written and directed by Jennifer Reeder, works better than many other anthology wraparounds I can think of, in terms of allowing an extra tale to unfold while maintaining a consistent aesthetic.

Although I am not naming any of the main cast members, everyone gives a decent performance. They’re just never the focus of the film. The focus stays on the atmosphere of dread, grime, and potential nastiness. This is inherently helped by the lo-fi VHS effects, complete with variable lighting and audio and picture quality apparently affected by the limitations of the format, and that is how this series has managed to succeed where so many others have failed.

An enjoyable bit of entertainment to check out when you want a dose of horror, V/H/S/94, unlike the previous entry, now has me very keen for any next instalment that may come along. 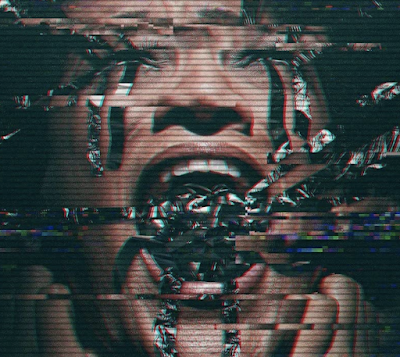