A look at a cult, the warping of religion, and the constant use of women in assigned roles that serve men, The Other Lamb is definitely an interesting and thought-provoking work of art. It also has a lot of stark beauty throughout. Which makes it a shame that it falls a bit short of greatness, feeling just a little bit undercooked and not quite as focused and sharp as it could be.

The plot is quite simple. Raffey Cassidy plays Selah, a young woman who is part of a cult under the leadership of Michiel Huisman (“the shepherd”). She is due to become the latest in a series of wives, which is the way to ascend on their chosen path. But the lead up to the crucial moment gives Selah time to consider the truth behind the way she and her companions are being treated. Is it really the right and proper way to show love and enlightenment? Or is it symptomatic of something else, something much more familiar to so many women?

Working from a screenplay by Catherine S. McMullen, director Malgorzata Szumowska creates a constant sense of unease and intrigue here that allows viewers to know, from the very beginning, that the patriarchy and misogyny on display are not going to remain accepted as the norm from everyone involved in the story.

Selah has some disturbing visions, obviously displaying the troubling thoughts starting to froth and ferment in her mind, and those visions somehow feel both metaphorical and fantastical and also grounded and realistic. Szumowska takes care to keep context to a minimum at the earliest stages, layering it all on as the story goes on and allowing it to enrich the bigger picture.

There's something wonderful about the way The Other Lamb manages to deliver what you may expect from it while also doing everything in a way that seems to keep holding back any moment of real . . . catharsis/redemption/celebration. There's a very effective, and fitting, end to things, but it's easy to see that some people will be unmoved by it, leaving them to shrug and sigh as the end credits roll while others can still ruminate on the beautiful bleakness they've just been served up.

Everyone does good work here, and I'll also note Mallory Adams for her performance, but the film really belongs to Cassidy. Huisman, as good as he is, actually remains a presence in the film due to the shadow he casts over everyone, the power he holds, and the scenes that have him actually present and interacting with others slightly undermine the idea of him (which I assume is one of the points that the movie is making). Moving convincingly from wide-eyed innocent girl to a young woman who wants to ask some important questions, Cassidy is perfect in the lead role. She's been building up a solid filmography over the past decade, and I see no reason why that will stop happening over the next decade.

Quietly powerful, The Other Lamb is a supernatural-tinged work of art that I highly recommend to those with the patience for it. I think it could also end up pairing nicely with The Beguiled (1971, not seen the new version yet), but maybe it's just me thinking that.

I feel the need, the need for a nice . . . coffee https://ko-fi.com/kevinmatthews 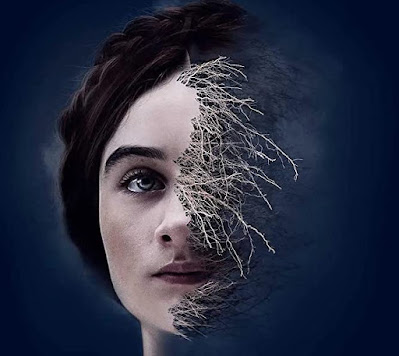