Remember the excellent Thunder Road, the film from Jim Cummings that gained him a lot of love, and fans, just a couple of years ago. It was all about a cop trying to keep his head, and his job, while grieving and going through some turbulence in his personal life. Cummings was excellent as the director, writer, and star. And he's equally good here, in a film that walks a surprisingly similar path, while adding an element of potential lyncathropy.

Cummings is John Marshall, a police officer who is working under the extra strain of trying to ensure his father, the Sheriff (Robert Forster), gives himself time to get the right medical treatment that he needs. Marshall is also about to take custody of his teenage daughter (Jenna, played by Chloe East), attends meetings for issues with alcohol, and things go from bad to worse when horribly mauled dead bodies start turning up in his small town. People start to speculate that it could be a werewolf, considering the damage and the fact that there was a full moon, but Marshall thinks that idea is ridiculous.

Once again deftly mixing comedy and drama, but with an added dash of horror this time, Cummings effectively uses The Wolf Of Snow Hollow to slightly push out the boundary line of his comfort zone. So much of this is familiar to those who enjoyed his previous feature, yet the one brand new additional ingredient allows it to feel a step or two removed from just being a retread.

Having said that, the horror of the premise is often left to just provide an undercurrent to the standard tensions and headaches for the small-town police force. I wouldn't want to whole-heartedly recommend this to someone wanting scares or a full-blooded werewolf movie, but I would definitely encourage anyone and everyone to at least give it a go. It's a wonderfully quirky and entertaining blend of Silver Bullet, Thunder Road, and Fargo, so you should know already if there's enough here to keep you amused.

Cummings is once again a perfect fit for his lead role, and manages to keep viewers onside with a character who is essentially quite inept and obstinate at times. Riki Lindhome is just as good in the main supporting role, Officer Julia Robson, and Forster is given a number of little moments that feel sadly fitting for one of his final roles. East is very good as the teen daughter dealing with a difficult relationship with her father, and both Jimmy Tatro and Daniel Fenton Anderson are highlights, the former a partner of the first victim and the latter a grumpy coroner.

I had already seen a decent amount of love for this before getting to it myself, which was a good sign, but it's hard to think of who will enjoy it the most. I think you just have to go into it as a film fan, first and foremost, and forget all about any genre labels. Which I know is the best way to go into any film, but we all know that rarely happens. 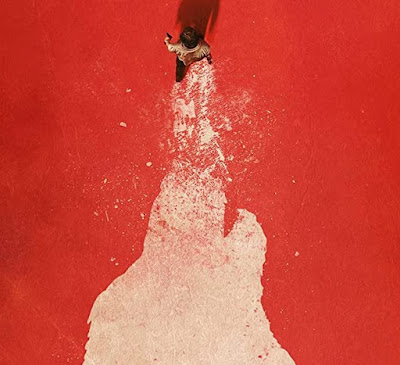