A high point in the filmographies of both director Christian Alvart and writer Ray Wright, Case 39 is a slick and enjoyable, and quite ridiculous, mainstream horror movie that takes some familiar faces and unapologetically keeps them grounded in circumstances that keep getting more and more outrageous.

Renée Zellweger is Emily Jenkins, a social worker who finds her spidey-sense tingling when she is handed the file for her 39th "live" case, that of young Lilith Sullivan (Jodelle Ferland). It looks as if Lilith is being threatened by her parents (played by Callum Keith Rennie and Kerry O'Malley), and Emily wants to get her to a safe space, helped by her boss (Wayne, played by Adrian Lester), a psychologist friend (Doug, played by Bradley Cooper), and a detective (Ian McShane). But things star to occur that make Emily think she has misread the situation. Were people trying to harm Lilith? Or were they trying to protect themselves from something else?

I first watched Case 39 a few years ago. It was never high on my list of priorities, and I basically dismissed it as a very standard horror movie, with twists and turns easily spotted by those with even the most cursory interest in the horror genre. That was probably a little bit unfair. Although full of moments that you've seen before, Case 39 also has a few really good set-pieces and tries to plot everything out with a passing nod to some kind of reality.

Alvart directs it well enough, making good use of some decent CGI and not shying away from some of the bloodier moments (one or two should make you wince). Wright clearly knows that he's walking a tightrope between something nasty and something quite silly, and he shows that in a number of scenes in the third act that allow for some more playful interactions between Emily and Lilith, with a more truthful picture exposed and the two characters testing one another.

Zellweger is very good in her lead role, whether she's a concerned worker or someone who ends up at the end of her rope. McShane puts in another of the many great performances he has been delivering over the past few decades, Lester and Cooper are both very good (with the latter getting what I would say are the two best scenes in the movie), Rennie and O'Malley get interesting character arcs, and Ferland has a lot of fun in her role. Everyone pitches their performance at just the right level, which helps enormously, especially as things hurtle towards an enjoyably entertaining ending.

Still not a title I would suggest people prioritise over many other viewing options, Case 39 does at least deliver a fun time for those after some undemanding horror. And it's a nice riff on the many "bad seed" movies we have seen over the years. It's also a reminder to check out the wonderful cosplays that Ferland does nowadays (check her out on Instagram at . . . @jodellecosplays). 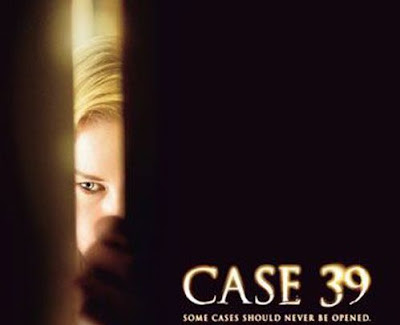