A horror anthology featuring the talents of Brett DeJager, Rocky Gray, Zane Hershberger, JohnWilliam Holt, Hunter Johnson, Justin M. Seaman and Jason Turner, 10/31 (which is the date of Halloween, although here in the UK we would use the better date format of 31/10) tries to be a bit of entertaining fun for horror fans, providing five tales hosted by Malvolia (Jennifer Nangle).

The five tales are "The Old Hag", "Trespassers", "Killing The Dance", "Halloween Blizzard Of '91" and "The Samhain Slasher". All of them have a chance of amusing you if you pick this film for a Halloween viewing (and that is a theme running throughout, so at least it has a consistent feel), but only two really worked for me. The best one is "Killing The Dance", which just needed a bit more spit and polish to make truly great. Perhaps it is telling that this one is the only tale with a separate director and writer. The other really good one is "The Old Hag", which benefits from a creepy central character, then almost undoes everything with a lame final jump scare akin to those videos you get sent on social media (you know the ones).

"The Samhain Slasher" is the worst of the bunch, saved by a decent bit of gore, but the best thing about 10/31 is that even the other weak stories aren't as bad as many others you have seen in the many anthology horrors that have appeared on streaming services over the past few years. I've enjoyed many unexpected treats, but also seen some truly dire short stories that seemed to be edited in because they were cheap and had a bit of blood in them.

The acting is as varying in quality as the tales, but nobody made me so angry that I feel the need to call them out. It may be entirely coincidental that the worst performances appear in the weakest tales, and it is hard to pinpoint what is worse, the material or the performances, so just be generally warned about both “The Samhain Slasher” and “Halloween Blizzard Of ‘91”.

On the plus side, the wraparound moments are minimal, simple bookends to present the tales, the seasonal vibe is strong throughout, and five tales being crammed in to a not-overlong runtime mean that you are usually not too far away from something that may amuse you. 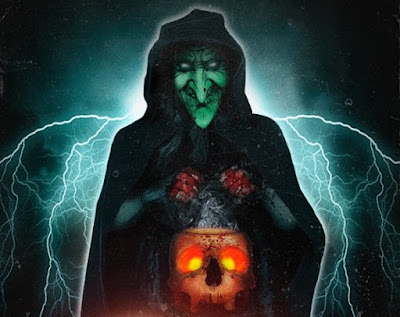