It's essentially a slasher movie, but the idea is that there's a killer making his way through a group of people who it's hard to care about anyway. I think that is the idea. You also get a playful notion that these party-hopping hipsters are either never too concerned about a real-life problem (aka a serial killer) harshing their buzz and that they're all as destructive to one another anyway, just without the sharp bits of metal to go full on stabby stabby.

There's maybe more to it, but I don't have the energy or enthusiasm to word things any better after suffering through this. The point is that you might get something more from it. I'll still disagree with you that anything more you get is enough to make it worth your time.

The script is a complete mess. It's not funny enough, not smart enough to make the main points that it wants to make, and gives you characters that you just hope to see die as quickly as possible (which I know can often be the case with any slasher movie, but it's not done properly here).

Nothing is helped by the performances either. Frey and Gibbons may have fancied themselves as decent film-makers, which they're clearly not, but it's even worse that they also fancied themselves as decent actors. This may have been done for budgetary reasons alone, but I somehow doubt it. Kristen Martin does well, playing a young woman named Roxy, but she's just about the only decent performer in a cast almost uniformly stacked with people who really aren't up to the task.

The biggest problem with Psychotic! is that it doesn't work in any conceivable way. The slasher element is appallingly mishandled, the comedy is poor, when it is present, and the main idea isn't strong enough to build an entire movie around. This was obviously created by people who thought they were on to a winner, and those people were helped along by others who got carried along by their enthusiasm. Unfortunately, someone should have been brutally honest, which would have saved us all a bit of pain. Although it just avoids being one of the most boring movies I have ever seen, Psychotic! is so bad, with a dash of smugness, that I don't see it being beaten for the title of most annoying viewing of 2020.

Buy me a coffee here - https://ko-fi.com/kevinmatthews 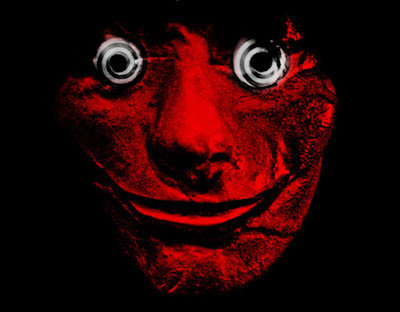