Let me get this out of the way right now. If I see a dumber "horror" movie than A. M. I. this year then I will be shocked. I knew I was going to get something dumb, I just hadn't figured on it being quite SO dumb. And the horror content is so light that I am really not sure it counts. Without meaning to sound like an ass, I wonder if writer-director Rusty Nixon intended this as a black comedy, and just couldn't quite nail down the tone.

As I sometimes do, I'm going to share the IMDb summary here: "A seventeen year old girl forms a co-dependent relationship with an artificial intelligence on her phone and goes on a murderous rampage."

That's all the description of this movie you need. That's it, the summation is spot on. The only thing it doesn't really make clear is just how quickly things go from kind of normal to absolute insanity. The runtime here is 77 minutes, and I'd say there's almost a full hour of the lead (Cassie, played by Debs Howard) being absolutely bonkers. All because she downloads an AI app for her phone that has a voice similar to that of her dead mother. And if there's one thing her dead mother can help her with it is punishing the betrayal of others by pushing Cassie to murder.

Look, if there's a movie based around a phone app then I will watch it. I know they won't all be like Her. But some of them (like Hellphone) are a LOT of fun. Others (like Bedeviled) are a bit less fun, but still mildly amusing. I even quite liked the silliness of Countdown. So I'm a sucker for this kind of thing, and have no problem admitting that. But you still need to make it feel remotely possible, maybe without having a character who is clearly unhinged from the very first scenes.

I feel sorry for Howard, who at least gets to light up a little bit in scenes that have her embracing her insanity. Maybe the solution was to stick with that all along, have Cassie just looking for any excuse to start killing people. Sam Robert Muik doesn't come out of things too badly, playing a boyfriend who is so unrelentingly awful that you can't help but enjoy the route to his inevitable comeuppance. Nobody else makes much of an impression though, with the exception of Veronica Hampson, who arguably starts Cassie on her downward spiral by being an absolute snake.

Nixon may not have created the original story idea here, and maybe something was lost as he expanded it into a feature from that central concept, but he's the one to blame. He makes so many wrong decisions, takes the film down such an absolutely ridiculous path without helping to ground viewers in a way that could prepare them better for the outright silliness, and there are moments when you can visualise a much better movie in your own head. It should be fun. It's not. And the punchline is one of the worst I have seen in years.

Nobody wants to buy me a coffee this weekend? *insert sad face emoji here* https://ko-fi.com/kevinmatthews 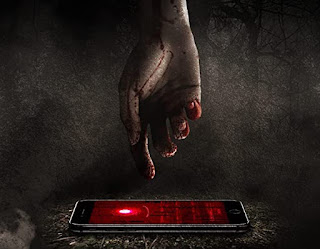