It’s a premise we have seen before, in various ways, but The Owners has a lot of grim fun with the premise of some crime-minded people breaking into a house that has some dark, potentially deadly, secret hidden within.

Sylvester McCoy and Rita Tushingham play the elderly couple who have their home invaded by some youths who intend to empty their safe. Ian Kenny is Nathan, who has also brought along his girlfriend, Mary (Maisie Williams). Andrew Ellis is Terry, a slightly timid lad who seems to have a crush on Mary. And then you have the tough leader, Gaz (Jake Curran). Once the group starts to meet some resistance from their elderly victims, Gaz is the one willing to go further than anyone else to scare, or hurt, people who are between him and his potential payday. Why wouldn’t anyone just have over their money? What do they have to hide?

Based on a graphic novel, Une Nuir De Pleine Lune (by Hermann and Yves H), director Julius Berg makes an impressive feature debut with something that manages to take viewers through familiar territory while saving one or two decent plot turns to try and make the third act a pleasant surprise. And it works, thanks to the performances, and the script, co-written by Berg and Mathieu Gompel, with some help from Geoff Cox.

Although Williams may be the main draw here, to those that know her so well after years spent watching Game Of Thrones, there isn’t really a bad performance from the main players, and both McCoy and Tushingham are a treat in every scene. Starting off completely sweet and innocent, and vulnerable, the two then get to have a lot of fun once things start coming undone. Both are on top form, but Tushingham is particularly good in the way she seems to ebb in and out of clarity, making you wonder if she has dementia or is sometimes playing up that notion.

Some may roll their eyes during the first half, worried that it is all a bit too silly and cliched. Stick with it, I would say it is worth your time, at least until you get to see the older characters become more active. Then you can enjoy a few moments of viciousness, some fun cat and mouse action, and an impressively twisted final act. 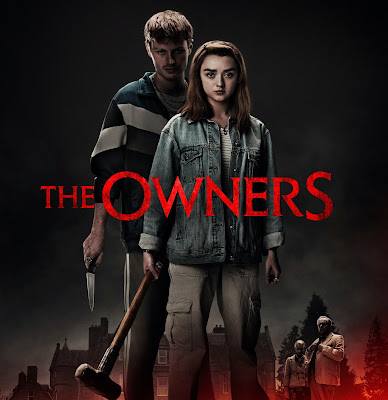