Devon (Justin Bruening) and Jamal (Jamal Quezaire) are a pair of filmmakers who have a plan. Well, Devon has a plan. It involves getting filmed interviews with people who claim to be real monsters. They form a little group, with Devon's ex, Murielle (Murielle Zuker), and Bryan (Toby Hemingway), a recovering addict, and set up to film in an isolated house. The three main monsters to be interviewed are a vampire (Shayla, played by Yvonne Zima), a skinwalker (Steven, played by Steven Flores), and a woman who claims to be possessed by a demon (Shiori, played by Shiori Ideta).

There’s a general rule to supposed “found footage” movies. I may have mentioned it before. The quicker things move into night-vision mode, the weaker it is. The Monster Project turns off the lights about halfway through.

Directed by Victor Mathieu, who also co-wrote the screenplay with Corbin Billings and Shariya Lynn, there’s a decent idea at the heart of this. It also makes a wise decision in having the character of Bryan being someone who may not trust his instincts until things are getting crazier and crazier. It is just a shame that it then settles for being a very standard, and very disappointing, “found footage” movie. I used quotation marks there as this has a number of details that stop it from being as authentic as some other movies done in this style.

The effects are quite well done, and the plotting is about as good as you can expect from something with this premise, but a lot of the dialogue is weak, there are no surprises, and it never feels more energised, even during a third act that starts to feel like the moments that the film-makers were all looking forward to recording.

Zima is the absolute highlight, her vampire character causing friction within the group when she reveals a truth she then claims she didn’t realise was a secret. She is dark, playful, sexy, and deadly all in one. Nobody else comes close to her presence, although Ideta does very well with her turn. Hemingway also does a decent job, which almost makes up for the other leads. Quezaire suffers the most, written almost exactly like the black characters used to show the comedic and misrepresentative examples of stock black characters in Not Another Teen Movie.

That premise is enough to buy this some goodwill, but not quite enough to forgive it for the cumulation of every wrong choice that makes up the second half. Almost worth your time, and I am sure one or two people will absolutely love it. 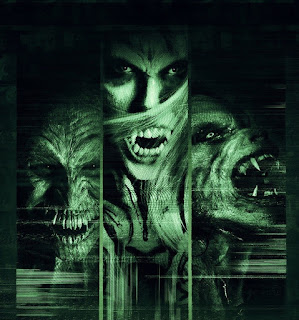