You don't get too many dark comedies about an attempt to steal a kidney from someone, but writer-director Brea Grant is here to change that with 12 Hour Shift.

Angela Bettis plays Mandy, a nurse who likes to use her position to gain access to drugs and other things that might fall into her pockets. She's helping her cousin, Regina (Chloe Farnworth), to deliver a kidney to some dangerous criminals. Unfortunately, Regina is a bit of a liability. She mistakenly leaves the kidney behind, an error that leads to a night of multiple deaths in the hospital as Mandy tries to regain control of the situation while Regina gets more and more desperate in her attempts to procure a kidney. The other staff quickly grow more wary, and there's a prisoner (Jefferson, played by David Arquette) who might cause more problems.

Dark and twisted for almost every minute of its runtime, 12 Hour Shift is the kind of black comedy that will annoy just as many people as it entertains. There are very few characters who are outright likeable, and none of the leads are people that you'd want to be stuck in a crisis with. But Grant is smart enough to make people unlikeable in different ways. Bettis is savvy and ruthless, Farnworth is a bit of an idiot, Nikea Gamby-Turner plays Karen, who has been used to turning a blind eye to the "antics" of Mandy, other staff snap at one another, often with good reason, and there's at least one patient (played by Tom DeTrinis) who is so high maintenance that you might start wishing for him to be the one to lose a kidney.

Bettis is as great as ever in the lead role, someone struggling to keep hold of a situation that becomes increasingly twisted and slippery by the minute. Farnworth gets to have more fun, willing to embark on a murder spree to get what she wants, to hell with the consequences, and the scenes that work best have her manic silliness juxtaposed alongside the eye-rolling of Bettis. Arquette is a lot of fun as the cop-hating killer who might just prove to be a valuable patsy, Gamby-Turner is enjoyably weary and resigned to things playing out however they will, and Kit Williamson does well as a police officer hoping to stop more people from dying. Tara Perry, Brooke Seguin, Taylor Alden, and Missy Stahr Threadgill all do well, part of the supporting cast portraying staff, visitors, and patients, and the aforementioned DeTrinis is amusing enough with his annoying manner.

Admirably getting the tone perfect from start to finish, this is an unabashed triumph for Grant (in what is only her sophomore directorial feature, despite positioning herself near the very top of the tree when it comes to influential film-makers working on the independent horror scene in recent years). I could pick some other blood-soaked dark comedies to compare it to, but that would be unfair. It feels like such an enjoyably unique film that any comparisons would only set prospective viewers up for disappointment. 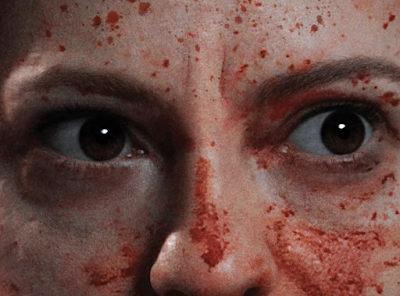