The second feature film to be written and directed by twins Ludovic and Zoran Boukherma, Teddy is, I would say, a slight step up from their enjoyable debut (Willy The 1st, created in collaboration with writer-director Marielle Gautier). I'd easily recommend it to people who have enjoyed films as diverse as Spring, Good Manners, When Animals Dream (arguably the film that this comes closest to), and even something like Border. All of those films have something in common, the ability to show any "monsters" as people who also have feelings, but they use the potential genre framework in different ways. As does Teddy.

Anthony Bajon plays the titular character, a young man living in a French town who seems to have no major plan for his life. He enjoys spending time with his girlfriend, Rebecca (Christine Gautier), and he works at a massage parlour/spa owned by Ghislaine (Noémie Lvovsky). There have been some animal attacks in the area, so savage and bloody that many of the locals suspect it may be a monster at large, and a moment of curiosity leads to Teddy being scratched by . . . something. Will it change him, and will he actually embrace those changes?

Despite the main character being a bit older, this is a coming-of-age story in so many ways. Teddy is at an important junction in his life, and most of the roads he sees around him seem to lead to dead ends. He's not that likeable a character, but not everyone in their early twenties is, especially someone who may be suffering a kind of arrested development in so many ways.

Bajon is good in the lead role, however, all sullen moodiness until he starts to become fascinated by the changes his body starts to experience. He seems to know what this will ultimately lead to, and it's Teddy's willingness to go on the journey that lifts the familiar material slightly. Gautier does well enough in her supporting role, as does Lvovsky. It's particularly interesting that the two most vocal women Teddy interacts with end up prompting him to indulge his more animalistic tendencies.

The Boukherma siblings write and direct brilliantly, happy to let things unfold at a pace that forces viewers to spend time with an unappealing lead character before things really start to get interesting, Paradoxically, the easier it is for Teddy to wallow in a potentially deadly primal force, the more human and sympathetic he becomes. It's like watching a naughty kid suddenly digging up an unexploded mine - you still may resent the behaviour of the youngster, but you don't necessarily want to see it exploded into tiny pieces.

Teddy isn't an easy film to enjoy, certainly not for the first third of the runtime, but it will reward viewers who stick with it. Many people may think that the other films I mentioned in the first paragraph here are far superior, but I happily put this one alongside it. 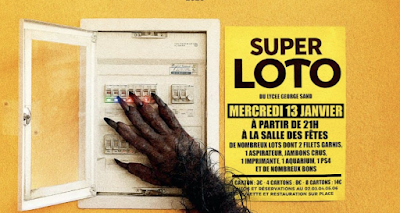