Directed by Robert Schwentke, who very possibly thinks it a minor miracle every time he is handed another film project, and written by Joe Shrapnel, Anna Waterhouse, and Evan Spiliotopoulos (the first two having worked together on many films before this one), Snake Eyes isn't a film with many signs of greatness from the list of names who worked on it. But it's a lead role for Henry Golding, and another film giving some screentime to Samara Weaving, so I decided to give it a go.

It's not really that bad either. It's just there, not as much fun as the first live action G.I. Joe movie, but a bit better than the second one (which was weighed down by the presence of a somnambulistic Bruce Willis, who actually appears in dictionaries now right beside the definition of somnambulism). Annoyingly, this had potential. Some key characters are cast well, others not so much, and I'd love to see Golding get a vehicle that takes him to the superstar level he deserves. This isn't that.

Golding plays Snake Eyes, of course, a young man out to avenge the death of his father. He'll do anything to find his father's killer, and that journey places him alongside a powerful clan that includes Tommy (Andrew Koji), Akiko (Haruka Abe), Sen (Eri Ishida), and a powerful jewel which is desired by the dangerous Kenta (Takehiro Hira). Snake Eyes is tested a number of times, in challenges that involve characters played by Iko Uwais and Peter Mensah, and the second half of the film also brings in familiar characters such as the Baroness (Úrsula Corberó) and Scarlett (Samara Weaving).

There’s some stuff to like here. Golding being the main highlight, but also Abe, Ishida, Uwais, and Weaving. That’s a good selection of players. Unfortunately, they are alongside Koji, who drags down almost every scene he is in, saddled with a character who has to do little more than look brooding and wait to take on the name that fans of this property will know is coming.

The action isn’t terribly done, but you wouldn’t always know that when the editing gets in the way of it. Whether out of necessity, to cover up some limitations from cast members, or due to a misjudged idea of stylisation, the editing gets in the way of most of the energetic set-pieces. It is far from the worst we have seen in this kind of fare, but this material was crying out for more fixed camera shots that could highlight the fluidity and speed of the fighters.

The other disappointing main element here is the lack of wit. People may not want their action films to be overfilled with humour, but being too serious throughout feels just as bad, especially when you’re presenting a film developed from a toy line. The only person who gets to really have fun is Weaving, which then makes it feel as if she has wandered in from another movie.

I know that I will end up watching this again, and probably owning it at some point, but that is more to do with my completist approach to movies. I wouldn’t really recommend it to many other people though, unless you are as big a fan of Golding as I am (which you should be). Maybe next time he will get a better script, or better director, or maybe he needs a better agent. 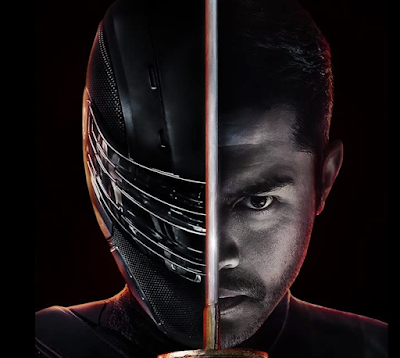