Ashley Greene and Shawn Ashmore play Natalie and Kevin Dadich, a married couple who are trying to make things work after Natalie had an affair. They're dealing with the aftermath of it all. Kevin also has a job at which he cleans up the mess left by crime scenes. He deals with aftermath there. Plotting a fresh start, the couple buy a house that was the site of a grisly murder-suicide, but it soon turns out that perhaps the blood and guts at the scene wasn't the only aftermath. I think you can see how the makers of this film decided on the title. Strange things start happening once the couple have moved into their new home. Noises make it sound as if someone is in the house, things go missing and then reappear elsewhere, and deliveries of porn start turning up that Kevin swears he never ordered. There are also adverts placed online that put the couple at risk of harm, which escalates things to the point where they end up dealing with local law enforcement, specifically Officer Richardson (Sharif Atkins).

Directed by Peter Winther, and written by Dakota Gorman, Aftermath is the kind of enjoyable thriller that will be predictable to anyone who has seen one or two notable thrillers from the past few decades. It's pretty obvious from the start where things are going, and viewers will remains a few steps ahead of the main characters. Which isn't to say this is bad. There are a few set-pieces scattered throughout this that are genuinely creepy, and impressive in the way they're executed. This is a thriller that creeps very close to horror territory at times, and the third act is enjoyably satisfying and tense. Considering the relatively small filmographies belonging to both Winther and Gorman, this may stand out as the best from both of them. It's easy to dismiss as slick nonsense, especially when characters keep wandering around in the dark, but it's bloody enjoyable nonetheless.

Greene and Ashmore do well enough in the lead roles, fairly believable as the married couple with a very strained relationship. Atkins is solid in his role, Jamie Kaler and Travis Coles lighten things up slightly, playing workmates who help to clean up crime scenes with elbow grease and gallows humour, and Diana Hopper plays Avery, a classroom partner who is there to add potential strain/temptation to the central relationship, although she gets to show quite early on that she's just a good friend. Britt Baron is a highlight, playing Natalie's sister, Dani, and I'll happily watch any film that gives her a decent amount of screentime (having been a fan since enjoying her work in GLOW).

Set up at the very beginning as "based on a true story", be sure to take that with a pinch of salt and just enjoy the whole thing for what it is, an effective thriller that does enough right to make you overlook the more implausible moments. It gets a bit darker than you might expect, and is all the better for it. A perfect film to stick on for an evening when you want a few goosebumps. 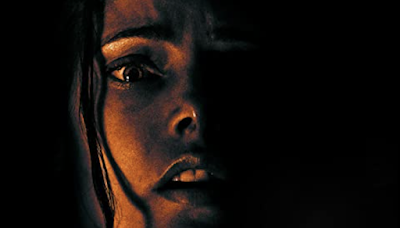