I remember hearing a bit about Welcome II The Terrordome back when it was first released, in 1995, and thinking that it had very little in it that appealed to me. Hey, I was 19, ignorant of the real state of the world around me, and not a fan of Saffron Burrows. Yet it was a title that stayed in my mind, something I knew was praised for being an important and vital work, and I am thankful to have finally seen it now, when I am of an age and mindset to more fully appreciate what it is trying to do.

The very basic core of the story sees Spike (Valentine Nonyela) living with his sister, Angela (Suzette Llewellyn). Angela has a young son that she tries to keep safe, and Spike has a pregnant white girlfriend (Saffron Burrows) who feels very much left adrift, viewed with disgust by her white ex-boyfriend and his friends while not exactly welcomed with open arms by the rest of Spike's family. There's a bit of drug-dealing going on, with the lesser-quality stuff being sold off to white people, and a simmering atmosphere of violence running through the Terrordome, an area meant specifically for black residents.

With the deliberate creation of ghettos, a sense of lawlessness allowed in areas that seem beyond help, and institutional racism being delivered to residents like some little pill they should be all too happy to swallow, Welcome II The Terrordome is a film that, like quite a few others I have watched recently, remains as relevant and powerful now as it did when first released. You also get racist cops, people playing enemies off against one another, and abusers so awful that they will target children (including the unborn) in an attempt to keep themselves in a position of power over others.

Writer-director Ngozi Onwurah may hang this material on a sci-fi skeleton, but it's all very identifiable, and simply manages to condense a number of black experiences into one of many flashpoint moments that have cropped up over the years, whether they were acted upon or not. This is a tale of slaves having their most basic freedom frowned upon and begrudged, to put it nicely, and it's only the setting and the warped timeline that sets it half a step away from our world.

Llewellyn and Nonyela both do well enough in their roles, although the theatrical nature of the acting is one of the limitations that Onwurah cannot quite overcome, and Jason Traynor steps up to play quite possibly the nastiest thug of 1995, all due to one specific act that will make many viewers queasy. I'm still no fan of Saffron Burrows, but she isn't at her worst here.

It's now over a quarter of a century since Welcome II The Terrordome was released. Maybe now we're at last able to appreciate what it is saying, and to accept how much still needs to change as we more forward as a society. But, then again, maybe everyone else already processed the film that way and I'm just decades behind the times with it. 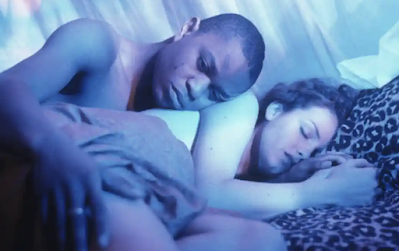