It’s been a while since I continued my journey through the filmography of British adult superstar Mary Millington, but Queen Of The Blues makes me think that the best of her outings are already behind me. Because this is quite a terrible film, with a premise even slimmer than any of the previous vehicles planned around an appearance by Millington.

A pair of brothers are helped by an uncle to own a new business enterprise, that business enterprise being a lucrative adult entertainment bar. The fact that the bar also has appearances from the Queen Of The Blues (Millington) makes it an even more appealing business prospect, which brings it to the attention of a major crook, who sends some henchmen (Felicia Bowness and Milton Reid) to gain ownership of the club.

Once again delivered by writer George Evans and director Willy Roe, Queen Of The Blues barely has enough content contained within it to qualify as a movie. What you get feels more like a terrible documentary that simply allows you to experience a typical evening as an audience member in this kind of venue in 1970s Britain. There are lots of dull patches, some terrible humour from a compere who simply gets in the way of the attractive women, and then some unerotic nudity.

If you like Millington then you at least get to see her as the star attraction she is, at one point, but there’s very little else here to recommend this. Bowness and Reid are relatively fun in their small roles, being the best cast members used in the slim plot, and Ballard Berkeley is enjoyable in the couple of scenes that feature his character, Uncle Fred. Rosemary England is the other name that may be of interest to connoisseurs of this kind of entertainment, but that’s where all interest ends.

There’s not much else to say about this. It is what it is, and that happens to be more of a recreation of a night out in a particular type of venue than a decent movie experience. Millington was able to shine more in past roles, but she’s still the main reason for anyone to watch this. People who are unaware of her should stay far away from this, there’s no other reason for it to be of interest to you. 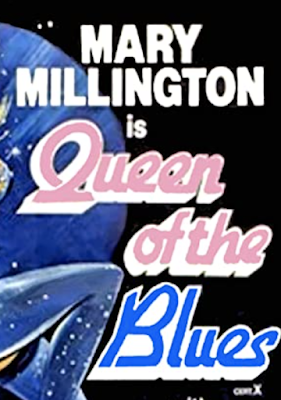