There have been many, many movies over the years given the title of Jack Frost so let me quickly inform you now that this particular review concerns the lovely stop-motion film from Jules Bass and Arthur Rankin Jr. The two men are adored by a generation of Americans who grew up with their stop-motion creations playing on the TV, mostly at Christmas time. In fact, I hope that they're adored by more than one generation as their better known titles were released throughout a period of two decades.

Here in the UK we didn't really get the Rankin/Bass creations, which is a great shame. Oh, they may have been shown occasionally but they weren't the essential part of the holidays that they became in the USA. I only discovered them after a lot of online conversation with my many American friends led me to Mad Monster Party, which you should seek out immediately, and then I was lucky enough to find that LoveFilm had Jack Frost among their Instant selection (it's also on YouTube here for anyone eager to revisit it). Result.

What's the story? It's simple, Jack Frost (voiced by Robert Morse) falls for a lovely young lady (voiced by Debra Clinger) and asks to become human. He is allowed to become human but to stop himself reverting back to his frosty state he must acquire a horse, a house, a bag of gold and a wife by the first sign of Spring. It sounds difficult but Jack is up to the task, he hopes.

At approximately 48 minutes in length and interspersed by moments in which the viewers is told parts of the story by a groundhog names Pardon-Me-Pete (voiced by Buddy Hackett), Jack Frost never outstays its welcome. Romero Muller wrote the story and mixes the predictable with the pleasantly surprising. A few supporting characters, mainly a man who makes Snowflakes (named Snip), keep things entertaining and there's a classic baddie in the shape of Kubla Kraus (voiced by Paul Frees).

But the writing and characters and pacing are all secondary to the main draw here, the absolutely wonderful stop-motion animation on display. Despite my praise for this piece of Wintery entertainment, it's not perfect but the character design and animation makes up for that. I think that there's just something inherently rewarding about watching something that took such skill and patience to create and if ever a stop-motion work doesn't make me feel that way then, well, I'll be sure to comment loudly and vehemently on it (oh yes, check me and my bad self).

Jack Frost isn't up there with the very best of the Rankin/Bass films (TV specials, to be exact) but it's certainly worth watching if you know their style and enjoy stop-motion animation, as I do. And it's most certainly worth giving some of your time to during the Christmas holidays. 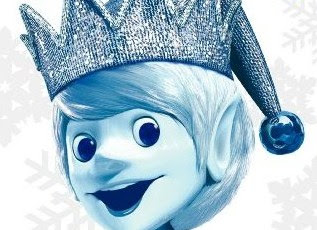