I couldn't remember every person who recommended me every different Christmas-related movie for me to consider watching but I do remember that this particular title was mentioned to me by my highly talented friend, Christianne (the quality of her writing and art . . . . it's just sickeningly good almost all of the time and makes me want to give it all up - anyway, here is her blog).

Sometimes all you want for Christmas is a good caper and The Silent Partner is a damn good caper. It stars Elliott Gould as Miles Cullen, a bank teller who, by a stroke of luck, finds out when his bank is about to be robbed by a man dressed as Santa Claus (Harry Reikle, played by Christopher Plummer). Trust me, it makes sense when you see the movie and everything falls into place rather neatly. Anyway, knowing that he is about to be robbed gives Gould an idea - he puts some money aside for himself and then just has to come up with a way of keeping it safe until he can move it and be a very rich man. Of course, the robber isn't best pleased when he hears on the news just how much he has supposedly gotten away with and so begins a game of cat and mouse between one smart bank teller and one vicious, and pissed off, career criminal.

I wouldn't blame anyone watching this movie for not having heard of director Daryl Duke. He certainly hasn't appeared on my radar before now but he does a perfectly acceptable job here. What's more interesting in the opening credits is seeing that the movie was adapted from the Anders Bodelsen novel by a writer named Curtis Hanson. Yes, Curtis "L.A. Confidential" Hanson. The source material may be strong and good enough in its own right but the script by Hanson certainly doesn't put a foot wrong, it's smart and playful for much of the runtime before moving into darker territory during the third act.

Gould was the epitome of cool in the '70s and this has him exactly as he should be. Miles is not unflappable but he's always ready with an answer and always planning one or two steps ahead. Unfortunately, so is Harry but he does so using threats and violence as opposed to intelligence. From my limited exposure to Christopher Plummer's filmography, this is a bit of an unusually dark role for him but he's never unconvincing and makes for a very good villain. Susannah York plays Julie Carver, a pretty work colleague alongside Gould and she's fine in her role even if it's the poorest written of all the main roles. Celine Lomez does much better with her role, a woman named Elaine who gets friendly with Miles and may be genuinely wanting to cosy up to him or may be up to no good. John Candy fans may not want to rush to see this one just to make sure that they see everything he's ever done but he has a small role here playing someone surprisingly sweet and sad (I say surprisingly because the way he is treated by others is shown at times but never overstated).

The Silent Partner is, overall, an excellent thriller that deserves to be known by more people. I'd never heard of it when it was recommended to me and I now hope to recommend it to others. The only negatives I can think of are a) Susannah York's character and b) the fact that the first half of the movie feels a bit too carefree and light when considering the danger that the main character is in. Those are minor niggles but they're enough to take the movie down from classic to great. 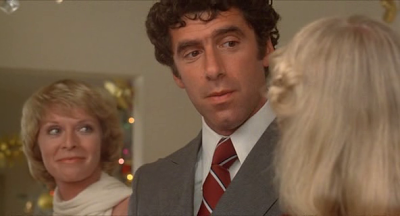