A 1980s comedy that relies very much on the charm of its leading man, Dudley Moore, Arthur is a fun film that just about holds up today though it comes very close to overstaying it’s welcome. If you dislike Dudley Moore then you’ll dislike this movie so bear that in mind (it begins with the sound of his laughter and that’s the most common noise throughout the entire film).

Arthur (Moore) is a man who refuses to grow up and take responsibility in life. That’s okay though, he’s also the heir to a fortune of about $750 million. His best relationship is with his butler, Hobson (a scene-stealing John Gielgud), unless you count his warm, ongoing friendship with anything alcoholic. Things come to a crunch after one embarrassment too many and Arthur is given an ultimatum by his family – marry a girl deemed a good choice for him (Susan, played by Jill Eikenberry) or be cut off from the money. A difficult decision is made even more difficult after Arthur bumps into, and falls for, Linda (Liza Minnelli).

Much like the main character, Arthur bumbles and stumbles along merrily enough, for the most part, but also tries your patience on occasion. Moore can act well as a loveable drunkard, Minnelli is sassy and quite cute and Sir Gielgud invests his every scene with a presence and nobility they don’t necessarily deserve. Barney Martin is also very enjoyable as Linda’s father.

Writer-director Steve Gordon gets a lot right but also seems to be overstretching the lightweight material at times. Perhaps that’s simply due to the inherent problems you always have when in the company of a full-time drunkard, things start to get a little less humorous and patience is worn down.

It’s hard to sympathise with a main character who has had such an enjoyable free ride through life and rarely shows anything other than selfishness and cowardice so it’s to Gordon and Moore’s credit that audiences warmed to Arthur as much as they did.

Add a memorable and Oscar-winning, though overused to the point of irritation, song by Christopher Cross (The Best That You Can Do AKA Arthur’s Theme) and you have a film that many will retain a nostalgic affection for, despite the  mis-steps. 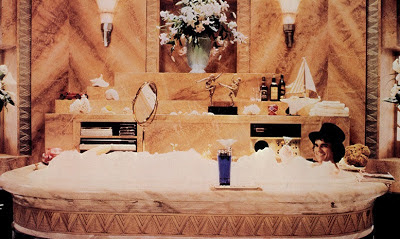