Fans of skateboarding have really been spoiled lately. First came the absolutely fantastic Bones Brigade: An Autobiography and now this, a very different but equally interesting and inspiring story of someone who used their skateboard skills for much more than what could be seen by the spectators.

Danny Way is the man in the middle of the action here. He's a fantastic, hugely talented skateboarded, but he's also the man that basically came up with the MegaRamp for skateboarding. Which looks like this . . .


Or, if you're attempting to jump over The Great Wall Of China, it looks like this . . .


Sorry, did I forget to mention that detail before now? Yes, Waiting For Lighting looks specifically at an attempt by Danny Way to jump over The Great Wall Of China. On a skateboard. If you think that sounds equal parts insane and inspirational then you'd be right. But, as this movie shows, Way's entire life has been full of moments where he has been both insane and inspiration. Thankfully, he doesn't ever let anything keep him down.

Interspersing footage of the jump being set up and prepared for with talking head moments (featuring Danny Way's family and big names from the world of skateboarding such as Tony Hawk and Rodney Mullen), Waiting For Lightning is never dull as it sketches out events that led to the creation of the man about to attempt such an amazing feat. In fact, it's a very emotional story. Way has skated his way through some very dark years and painful losses, all related in a way that specifies the point of impact and builds up a portrait of this extraordinary sportsman. When the second half unfolds, with the worries about the big jump, there is an almost unbearable tension, created by editing and the added danger from the other big jumps that Way becomes known for. There was one particular moment, at the ESPN X-Games 2004, that made me literally jump and then look away before forcing myself to return my eyes to the screen.

Director Jacob Rosenberg does a fantastic job, as does the entire team, but this wouldn't be half the documentary that it is if Danny Way was half the man that he is. I'm annoyed with myself for not being more familiar with his name before now (considering how I like to think of myself as a skateboarding fan) and I encourage other people to give this documentary a watch as soon as possible.

If you already know about Danny Way then you will have some idea of what to expect. If you don't know about the man, change that state of affairs now. 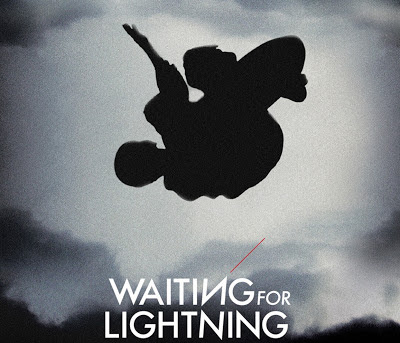