This rather strange, and highly flawed, Hammer movie is all about a young woman, Brenda (Rita Tushingham), who heads to London in search of a man to give her a baby (??) and who ends up meeting beautiful Peter (Shane Briant). Their strange relationship looks like it may work out well for both of them but it also may just be a matter of time before things are revealed that Brenda will not be able to digest.

Directed by Peter Collinson and written by John Peacock, Straight On Till Morning has some interesting material hidden away amongst some terrible performances and amateurish presentation. Briant is actually quite good as the attractive, aloof Peter but Tushingham creeps into self-parody territory with her whining, fragile performance. Annie Ross fares a little better, playing a colleague/friend of Brenda, but ruins any goodwill earned by her godawful rendition of a godawful title song that pops up during the film.

The editing choices here are atrocious, and not for anyone who dislikes any movie that's cut to ribbons. This plays out like a student film, with images intercut that have little to no relevance to each other. Someone obviously thought this would be a better way to make an impact with the material and that it would impress cinema audiences enough to help them through the lame first half. It doesn't. It's the kind of pretentious nonsense easily spoofed and mocked by anyone wishing to urinate from a great height onto anything that can be classed, for better or worse, as "arty".

It's worth seeing if you like curios, and it has some interesting and bizarre little analogous stories contained within it (obviously, there are the Peter Pan references but there are also fairy tales concocted by the characters to explain facets of their own lives), but it could have been much better if put in more capable hands. As it is, fans of the bizarre will still find plenty to enjoy and fans of Hammer will want to view it as one of their more interesting releases. 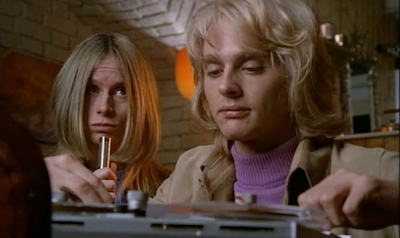