As is the way of many a sequel, the follow up to Arthur comes with a longer runtime and less worthy content.

Arthur (Dudley Moore once again) is now living happily with Linda (Liza Minnelli) and the two are planning to adopt a child, despite Arthur’s ongoing enjoyment of anything containing alcohol. Things take a turn for the worse when Burt Johnson (a returning Stephen Elliott), who harbours a grudge like you wouldn’t believe, finds a way to cut off Arthur’s income and uses the situation as leverage to force the man into marrying his daughter, Susan (played this time by Cynthia Sikes).

It’s Bud Yorkin in the director’s chair this time around, working from Andy Breckman’s screenplay, and he does okay while being ill-served by material that was barely able to fill out one whole movie, let alone justify a sequel.

Moore acts the perfect loveable drunkard yet again, Minnelli somehow tolerates his behaviour, Stephen Elliott is not onscreen for long but a great hardass when he is, Cynthia Sikes portrays Susan as someone so appealing that you begin to wonder why Arthur doesn’t just go along with the forced marriage and Paul Benedict has the unenviable task of replacing John Gielgud as the new butler, living in the large shadow cast his predecessor. There’s also an appearance by Kathy Bates, playing a woman trying to help Arthur and Linda adopt a baby as if the two were Brad Pitt and Angelina Jolie.

The film is passable enough, certainly for those who enjoyed spending time with the character of Arthur the first time around, but it’s not something I really enjoyed considering how I rated the first film as just above average anyway. This gets a generous . . . . . . . . . . 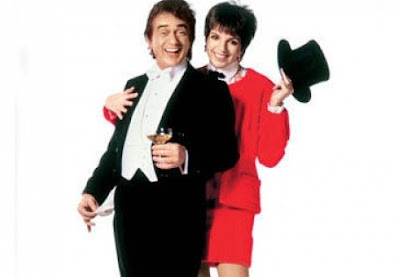