Steve Martin is detective Rigby Reardon in this amusing, but respectful, slice of fun that makes great use of clips from many classic films of the 1940s (there may be a few movies that come just before or after this decade, but I couldn't say for certain). Reardon has been given a case by the beautiful Juliet Forrest (Rachel Ward), a woman who can sucket a bullet from a gunshot wound, and as he starts to make some headway he soon finds himself in more and more danger. Ain't it always the way.

This black and white outing sees the comedy star teamed up once again with director Carl Reiner, with the pair working on the script with George Gipe, so fans of that relationship will find plenty to enjoy here. There's the usual silliness, but there's also an impressive amount of smart manipulation on display. Every plot development and minor detail is carefully placed onscreen to allow the interaction between Martin and the classic movie characters to seem effortless. The fact that the scenes are often twisted into something comedically brilliant is a big plus, but noir fans may well find themselves falling in love with the "greatest hits" selection of clips put to use.

While there may not be as many moments that stand out as being downright hilarious, Dead Men Don't Wear Plaid still has plenty that will stay in the memory of fans who can then go on to share those gags with other fans. The running gag about Reardon's special cup of java, the reaction from the words "cleaning woman", a number of great lines from the ongoing voiceover narration and more.

The main players all do well, including Reiner, who decided to give himself a small role rather than just stay satisfied with his directing and co-writing duties. Thankfully, the performances from people such as Bette Davis, Burt Lancaster, James Cagney, Cary Grant, Veronica Lake, Ingrid Bergman, Lana Turner and, especially, Humphrey Bogart are all as good as you may remember them being, making the film a pleasure to watch even in between the numerous laughs.

It always feels to me as if Reiner and Martin did many more movies together, but the total was only four. They just happened to be four comedies that either still rank as outright classics, or at least come very close. Don't miss this one, and don't miss any of the others either. 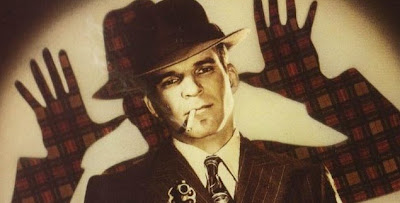