Featuring Keanu Reeves before he was best known from Bill and Ted and years before he was Neo, Joaquin Phoenix while he was still known as Leaf and Martha Plimpton . . . . . . when she was known, Parenthood is a fun '80s movie that holds up today just as well as it did when it was first released. It may run slightly overlong, but it's well paced with some big laughs in between all of the wry observations on the joys and perils of parenthood.

Steve Martin and Mary Steenburgen are the main characters, Gil and Karen Buckman, but the narrative also spends plenty of time with Dianne Wiest (playing Helen Buckman, single mother and Gil's sister), Harley Kozak and Rick Moranis (Gil's other sister and her partner), Tom Hulce (Gil's brother) and Jason Robards (Gil's father). The aforementioned Keanu Reeves and Martha Plimpton are a tempestuous, teenage couple (with Plimpton also being Weist's daughter in the film) and Phoenix is Wiest's sullen young son.

Directed by Ron Howard, the film benefits from both the ensemble cast and a fun script written by Lowell Ganz and Babaloo Mandel. The drama and comedy is nicely mixed together in perfect amounts, with a real little bonus for Steve Martin fans as he gets to reference his past live material in a scene that has him creating some balloon animals (yeah, maybe not worth singling out, but I've always loved that sequence more than any other part of the movie).

Everyone gets to have at least one great moment, even the wonderful Helen Shaw (playing the grandma) in the last role of her brief film career. Martin gets to have lots of fun and Steenburgen is superb, but Wiest, Plimpton, Reeves and Phoenix really end up stealing the movie by the time the end credits roll. Moranis and Kozak are both very funny as rather pushy parents, Jason Robards is as good as ever and Tom Hulce does a good job at being a bit of a selfish ass. And then there are the kids, running around and causing problems. I'm not going to say that they all give wonderful, flawless performances but they're all very good at being, well, kids. Job done.

This will definitely appeal more to those who can identify with the many unique situations that come from being a parent, but there's also plenty here to appeal to everyone else. Because we all have some kind of family, which is equally what the film is looking at for most of the runtime. 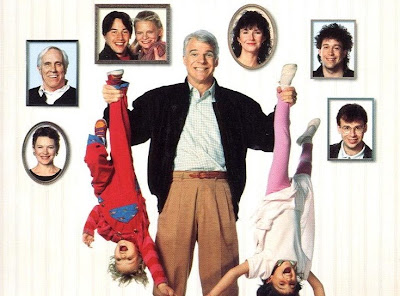