It's a simple tale, and an effective one, so effective that it's been directly remade on a number of occasions (most recently in the hit starring Bradley Cooper and Lady Gaga). A young woman has dreams of stardom. She sets out to make those dreams a reality and, in doing so, becomes involved with a star who is on the wane. As she ascends, he starts to sink lower.

The young woman here is an aspiring actress played by Janet Gaynor, the fading star an actor played by Fredric March, and both do a fantastic job in the lead roles, with the former managing to retain an air of innocence and optimism as she becomes famous while the latter struggles in his battle with the bottle. Other enjoyable turns come from Adolphe Menjou and Andy Devine, as a producer and assistant director, respectively, May Robson as an encouraging grandparent, and Lionel Standard enjoyably loathsome as a ruthless and effective PR worker.

It's no surprise that A Star Is Born has been remade every couple of decades, with the biggest gap being in between the 1976 version and the 2013 Indian movie, Aashiqui 2, based on the tale. The story is a wonderful archetype, and the template allows for artists to use it as a look at the fickle nature of fame, a fleeting joy that can occur in any field of the arts.

This original version, directed by William A. Wellman, and written by a team that included Alan Campbell, Robert Carson, and Dorothy Parker among the main writers, gets everything just right from the very beginning. The tone is balanced nicely between the successes and failures of the two main characters, the supporting characters are well used throughout, and there are a number of enjoyable in-jokes scattered throughout. Considering this was released in 1937, it still feels astonishingly fresh and relevant (making those remakes even less surprising), and this is an old-fashioned production that I am sure will still find favour with modern viewers.

It's amazing to finally see this tale (I have, until now, sadly never watched any version of the story) and be pleasantly surprised by how well it is all put together. I'm not just on about the acting, direction, music, etc, although those things are all great. This is something that could easily be a sour experience for viewers. It is, essentially, a tale of people who get everything they want, yet can't be truly happy once they get it. The fact that this film works so well, and that every subsequent interpretation is allegedly as good, or almost as good, is almost as much of a fairytale as the journey of Gaynor's character. 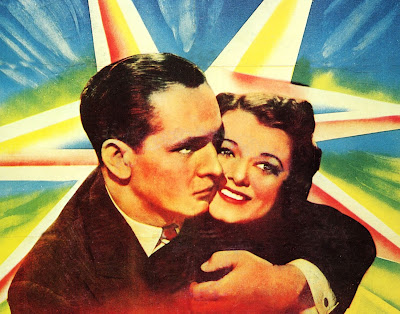