AKA Netflix and chill for this week.

You often find that people who have written and directed one holiday movie have written and directed quite a few of them. That has become more and more common with the exponential increase in content being created for various channels, the main ones being Hallmark (the old pro), Lifetime (also quite an old hand with them), and Netflix (new on the block but showing some good form so far). Director Bradley Walsh gave us no less than THREE Christmas movies last year (Christmas Encore, Christmas Festival Of Ice, and Christmas In Angel Falls) and, so far, I saw one of them. It was slightly below average. Would The Holiday Calendar be better? The short answer is no.

Kat Graham plays a talented photographer named Abby Sutton who finds her life developing (no photography-related pun intended there) in unexpected and exciting ways when she is given an antique advent calendar that seems to predict her future, with each daily gift corresponding to things that then happen to Abby. This leads to her becoming involved with an eligible bachelor (Ty, played by Ethan Peck) while her best friend, and possible perfect guy (Josh, played by Quincy Brown), looks on from the sidelines. Will the calendar direct Abby towards happiness, with the additional help of her grandpa (Ron Cephas Jones)?

The Holiday Calendar is a strange film to rate. It’s not great, but not many of these films are, but it’s also not great when compared to other films of this type. There are certain tropes that you look out for, certain items that help you check off the numbers on your “Christmas Movie Bingo” card. This film has a number of those tropes, and also has an admirably diverse cast, including a couple of interracial couples depicted without any sign that this is a fairly radical concept in the world of the bleached-smile, homogenised, pigeonholing that normally dictates the populace of these movies. But none of the tropes feel as if they're being presented with any enthusiasm, leaving the whole thing feeling a little bit lacklustre throughout. But at least it makes up for in quantity what it seems to lack in quality, with every scenes almost bursting at the seams with candy canes, Christmas trees, sweet cookie treats, and general yuletide cheer.

Graham is fine in the lead, although a bit weaker than some choices for this kind of fare, but the highlight is Jones as the wryly amused and wise grandfather. Brown has to spend a lot of time being slightly frustrated at Graham not taking note of his suitability and cuteness, and Peck is . . . well, let's just say that he suffers the most from a script that makes him out to be pretty perfect and then has to tie itself in knots to show that he may not be the one for our lead.

Walsh directs everything capably enough, keeping everything smelling of hot chocolate and fir trees to distract you from the slightly incoherent script, from Amyn Kaderali. It's almost as if this started off heading down one path and was then forced to divert in another direction, but the seasonal magic and good cheer do just enough to save it from going completely off the rails.

Colourful, inoffensive, The Holiday Calendar is also amusing enough and entertainingly far-fetched to make it a passable time-waster during the holiday season.

Here's a decent selection of Christmassy movies to pick up.
Americans may want to check out this collection. 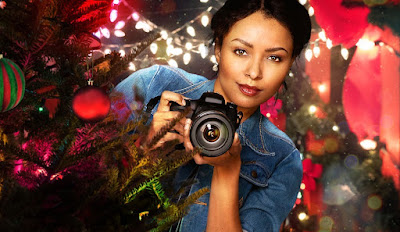