In some ways, it’s still hard to simply review the movie. It still is the final film that Kubrick directed, it still has the legacy of that whirlwind of speculation and criticism that came about before anyone had seen the thing, and some said it contributed to the disintegration of the Cruise-Kidman marriage (they divorced in . . .  2001, which could be viewed as an amusing irony).

What's it all about though? Well, Cruise plays Dr. William Harford and Kidman plays his wife, Alice. They seem to be happy, successful people, yet Cruise is troubled when his wife confesses to him about a time when she was almost unfaithful. Having to head out to deal with a patient, still processing what he has been told, Harford finds himself drawn into a world of temptation, lust, and hedonism.

When it gets things right, Eyes Wide Shut is an interesting and frank look at how quickly adults can get themselves tied up in knots over sex, the chance to explore new sensations, and what can occur when wearing a cloak of anonymity compared to how we weigh things up when wearing our public persona. It shows how easily you can want to chase something, how a fire can start raging within from just one or two tiny sparks.

But when it gets things wrong, as it does here and there, it's a bit of a mess. The treatment of various female characters (mainly those played by Vinessa Shaw and Leelee Sobieski, but almost every female onscreen is dealt with in an unfairly harsh way while the men get off largely scot-free) is problematic, to say the least. Cruise and Kidman aren't doing their best work, although kudos to them for taking on these roles and placing themselves entirely in the hands of Kubrick. And then there's the music, which is so bad at times that it's hard to imagine Kubrick ever thought it good enough, especially when you consider his knack for picking the perfect audio choices to accompany his visuals over the years.

The lengthy runtime also doesn't help either, although there are very few scenes that I would want to see removed. Everything feeds into the main idea(s) being explored, even if a lot of it feels unnecessary. It's hard to keep track of the amount of time that's supposed to be passing onscreen, but I think that works well as a sign of the bewildered and overly-stimulated mindset of the main character.

This may not be the masterpiece that fans would have hoped would cap the end of a magnificent directorial career but it's another film aimed squarely at adults by a director who almost always picked his projects based on his own passion for the material. And it has a decent role for Sydney Pollack, a fever-dream atmosphere throughout, and ends a glorious career in cinema with the word "fuck".

Here's a great way to get most of Kubrick's movies in one set.
Americans may want to splash out on this option. 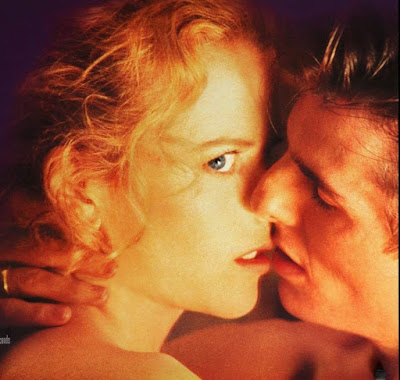