Jeff Lieberman doesn't have the most extensive filmography you may have checked out but he's delivered a fine selection of memorable moments (arguably none more memorable than that scene with the worms coming through the shower head in the worm-centric horror movie, Squirm). Blue Sunshine is yet another film that had been on my radar for many years, due to the fact that I had seen clips of people losing their hair and turning into maniac killers.

The plot is, well, that's basically it. A number of people start to lose their hair and then, at a certain point, they are driven into a mad rage and start to kill people. Jerry Zipkin (played by Zalman King) is a man who managed to fend off one of the killers, but his story seems so unbelievable that he ends up a wanted man. He starts investigating a number of murders that he sees are connected, eventually racing against the clock in order to stop more deaths.

A horror movie that really sums up the pessimism and downslide of the '70s, after the shiny and hazy days of the '60s had long faded away, Blue Sunshine is a simple and brilliant idea that is then spun out expertly by Lieberman. He chooses to show the events unfolding as a detective story, with the wrongfully accused man at the centre of events piecing things together a step ahead of the police, and holds back from what must have been an obvious temptation to have one bloody set-piece after another. Some may watch the movie and wish that there was more of the red stuff thrown about onscreen. Personally, I enjoyed the way things built from a sense of unease into moments of outright madness.

King may not be the most charismatic lead (and would find much more success as a producer of erotic movies and TV throughout the 1990s) but he does fine in his role, thanks in no small part to the script putting viewers one step ahead of him as he digs around while we see people building towards outbursts of murderous rage. Deborah Winters and Ann Cooper do well in supporting roles, with the latter getting a very memorable scene that she does well to avoid turning into something laughable, and Mark Goddard, Robert Walden, and Ray Young are all very good as the men potentially caught up in the danger. Charles Siebert is a detective following up on leads, and there's a small, but impressive, moment of scene-stealing by the always watchable Brion James.

I had my fingers crossed when I started this one, unsure of it being unable to live up to those snippets in the trailer I had often seen in the VHS days, but I was also prepared for disappointment. That wasn't necessary. Blue Sunshine holds up as a damn fine film, and it's one that I hope never disappears into obscurity (although it already seems to be quite a lesser-seen and lesser-known genre flick). If anyone wants to give it a decent disc release here in the UK . . . you'll get my money for it.

There's a special edition DVD here.
Americans can get this lovely Blu here. 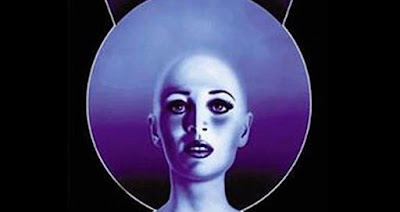