A horror spin-off from The Conjuring, this is a film that shows just how easy it can be to put together a polished final product without it feeling too obviously designed for the masses, even though it IS. I didn't love The Conjuring, but I did enjoy aspects of it. Annabelle is absolutely on a par with that film, although I was perhaps a little more receptive to it because of going in with lower expectations. There are less scares here, but those that are here are executed as perfectly as you could wish them to be.

For those who didn't see The Conjuring, Annabelle was a periphary character/prop used to show just what the main characters - the Warrens - had to do in their battles against evil forces. The start of this movie reprises those moments from The Conjuring, before moving backwards in time to show viewers the origin of the malevolent power that came to be contained within the doll. Well, that's the rough idea. What happens, instead, is that the audience is given another modern horror movie that replaces ghosts with demons before hitting many similar beats to the grand horrors of the late 1970s. Annabelle Wallis and Ward Horton play the young couple, Mian and John, who end up with a doll in their home who appears to be far from lifeless, and it's not long until they start freaking out (understandably). A priest (Tony Amendola) may be able to help them out, but it all depends on just how powerful the evil is.

While not directly comparable to films such as The Omen, The Amityville Horror and The Sentinel, this is very much the territory that Annabelle traverses. The main characters are fairly mature adults, the potential ridiculousness of the whole thing is overlooked in favour of brow-furrowing and serious talk about real good and evil, and the glossiness of the whole thing still allows for moments of real darkness (literally, in the case of one nail-biting sequence).

Director John R. Leonetti certainly takes a more serious approach to the material than he did when directing The Butterfly Effect 2. It looks like his years of working as Director Of Photography for James Wan have paid off, and this is never more apparent than in those precisely-engineered jump scares. The script by Gary Dauberman may be weak, with fairly uninteresting characters and a surprising lack of focus, but it does enough to keep you interested in between the more memorable set-pieces.

Wallis, Horton and Amendola all do okay, but after the end credits roll it's only Annabelle who will linger in your mind. That's as it should be, obviously. It is, after all, "her" film. It's just a shame that none of the actual human characters stood out at all, although Alfre Woodard tries the hardest (playing Evelyn, a woman who becomes concerned for the couple as she sees what they're going through).

If I call the film competent then you may think I'm damning it with faint praise, but I don't mean to. It IS competent, which means that I tentatively recommend it to fans of mainstream horror movies like all of those mentioned above. As for the hardcore horror fans who sneer at anything made in America, with any kind of decent budget and studio backing, they can either give it a chance or not. They might just end up agreeing with me that it's . . . . . . competent. 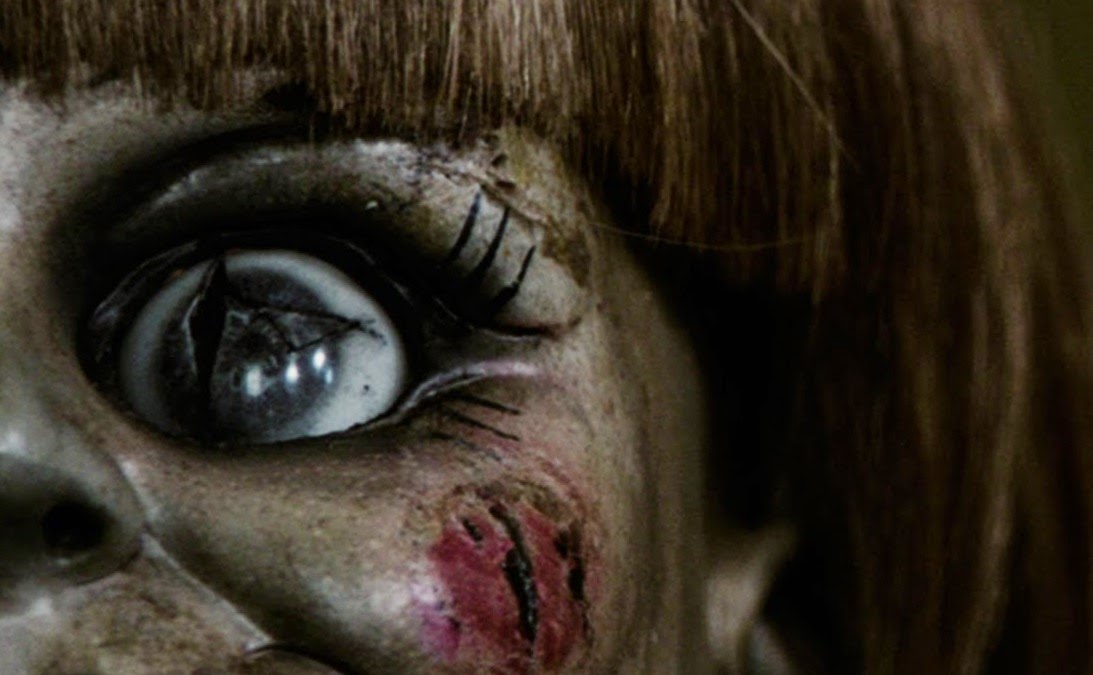