Written (well, he rewrote a script so much that he received credit) and directed by Orson Welles, based on the novel "Badge Of Evil" by Whit Masterson, Touch Of Evil is dark and disturbing stuff indeed. Yet it also remains highly entertaining, brilliantly cinematic, and mesmerising from start to finish.

The basic story concerns a death in a Mexican border town that sees Mexican Mike Vargas (Charlton Heston) clashing with revered Police Captain Hank Quinlan (Welles). The two men want to get to the bottom of the crime, but both have very different approaches. The former, also a target of some Mexican crime syndicates that he's been helping to break up and imprison, wants to investigate with due diligence and care, while Quinlan believes that he already knows who did it, and has a case that will stick. Meanwhile, some nasty types are hoping to get to Vargas through his pretty, new wife (Janet Leigh).

The biggest mistake that Touch Of Evil makes is having Charlton Heston cast as a Mexican. It just doesn't work well, and he doesn't look the part. However, viewing the film with the inclusion of Heston as a necessary evil (no pun intended) makes it easier. His name carried a lot of weight, he ended up inadvertently getting Welles on board as director, and kudos to him for taking such an interest in a film with such a discomforting premise (something he would do, intentionally or not, with a number of other movies in his career).

Despite not being believable as a Mexican, Heston does invest his main character with that stalwart nobility that he would bring to so many of his roles. This really works well in highlighting that central friction between Vargas and Quinlan, with Welles happy to paint himself in many darker shades. As soon as Quinlan appears we start to discover that he's not the nicest man to be around, but he gets results. But at what cost? Leigh puts in one of her best performances as the sweet young woman who looks set to be most damaged by the unfolding events, Joseph Calleia is very good as Police Sergeant Pete Menzies (who looks up to Quinlan, to a point), Akim Tamiroff does well as a devious crime boss, Dennis Weaver is a little bit too on edge, although enjoyable enough, as the night manager of a motel, and Joanna Moore and Marlene Dietrich do well with their small roles. Dietrich is particularly good in a role that seems to carry within it the many ghosts of her past.

There's a memorable score by Henry Mancini, direction from Welles that's damn near flawless, and a script full of some great moments of dialogue. The design of each sequence, from lighting to camera angles to shot duration, makes this a prime example of a movie that can be both enjoyed in terms of sheer cinematic pleasure and also studied as a masterclass in film-making.

If only they hadn't tried to pass Heston off as a Mexican, it would have been perfect. 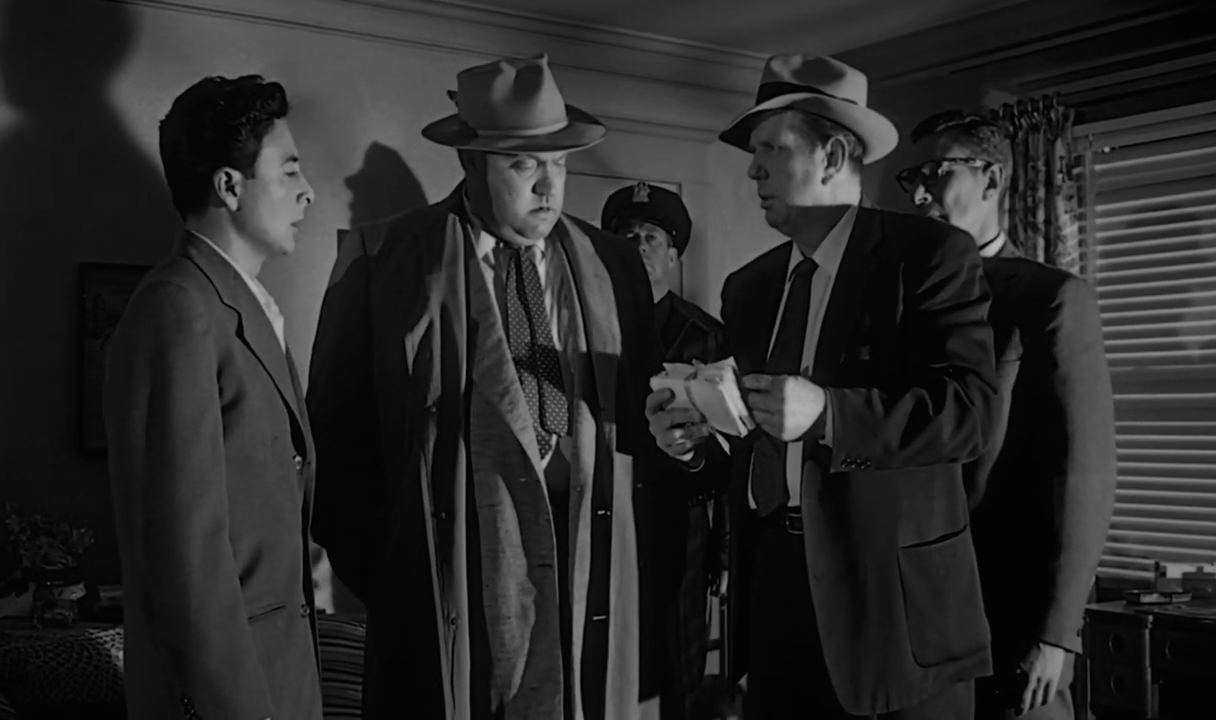