The great thing about the classic film noirs, from my limited experience, is that so few of them seem to be awful. They were movies that could really make the most of their resources, and often had numerous character actors giving some of their best performances. I'm not naive enough to think that every one is a winner, but the hit ratio seems to be a lot higher than other types of movies from this era. And many remain near-perfect viewing experiences. Night And The City is one of the greats.

Richard Widmark stars as Harry Fabian, one of the classic schmucks of film noir. Fabian is a small-time hustler with dreams of the big time. He has a lovely woman in his life (Gene Tierney), who puts up with more than most women would, and he has a network of people who could end up helping him out, if only he'd put his energies to better use. But he knows better, of course, and soon comes up with a scheme to make himself the biggest name in the local wrestling scene. Not by becoming a wrestler, you understand, but by poaching some big names to draw in crowds. He'll put on the best shows, once he sorts out the initial capital investment, which he hopes he can acquire from either Helen (Googie Withers) or her husband, Philip (Francis L. Sullivan). Whoever helps him is going to be upsetting someone else.

Based on a novel by Gerald Kersh, Night And The City is both a painful character study and also, as the title suggests, a look at how the world can be a very different place for those who don't stick to the 9-5 daytime hours that so many others aim for. Director Jules Dassin keeps things balanced between bleak and mesmerising, helped in no small part by the great cast, and also the script by Jo Eisinger. Fabian is a central character who seems destined to fail from the opening scenes, yet he's someone that you can still root for when the odds start to really stack up against him. He's a hustler and a con artist, but he's often honest about it. Certainly more honest than some who end up resenting his ambition.

Widmark is superb in the central role, not exactly oozing charm but certainly putting a positive spin on his own failings until he starts to get more desperate. Tierney's role is a relatively small one, but she's as great as ever. And the sweetest person in the whole movie. Withers and Sullivan are both pretty fantastic, always turning things up a notch whenever they appear to continue the secret game of chess that they're playing against one another, and Herbert Lom is a credible threat as the powerful man that Fabian ends up butting heads with. The great performances don't stop there, however, and I need to also praise Hugh Marlowe, Stanislaus Zbyszko, Mike Mazurki, Charles Farrell, Ada Reeve and Ken Richmond. I think that covers all of the main players.

If you're new to film noir then there are many other classics that are easier to enjoy, films that make for more comfortable starting points, but this remains a real gem. Not just a look at one unsavoury character, it takes viewers on a journey into a world where the unsavoury characters hide and thrive. Fantastic stuff. 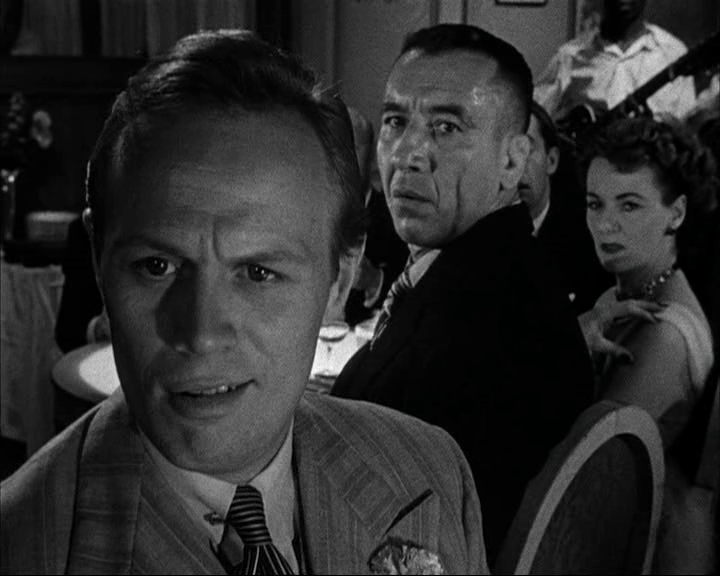