It may be a fairly low-budget, rough 'n' ready movie, but King Of The Ants has a considerable amount of talent involved, both behind and in front of the camera.

Based on a novel by Charlie Higson (still best known to many people for his great work on The Fast Show), it's all about a young man (Sean, played by Chris McKenna) who is always on the lookout for some paid work. He takes what odd jobs he can, with one putting him in contact with a man named Duke (George Wendt). Duke then arranges a meeting between Sean and a local businessman named Ray (Daniel Baldwin), which leads to him being hired for a different kind of job. He's to tail a man (Ron Livingston), a man who may have information that could get Ray in trouble. That's all well and good, until a drunken Ray then asks Sean to commit murder.

There's also the lovely Kari Wuhrer onscreen, as the wife of the man who may or may not end up murdered, and Sean finds her quite attractive. Because she is, but that's all I'll say about the plot for now. I don't want to give away any details or potential surprises.

Directed by the always-entertaining Stuart Gordon, King Of The Ants is dark, nasty stuff. Anyone who, like myself, only knew of Higson through his comedy work may well be shocked that he could weave a tale of such stomach-churning nastiness, but just be thankful that he did it. The final result, presented here in a style that veers between minimalist and slightly fantastical (in one or two nightmare sequences), is a memorable film that takes some common elements and makes them feel fresh again . . . . . . . . . . . . . . even if it does that by bruising them and coating them in blood and fecal matter.

The acting from all concerned is pretty solid, if not always great. McKenna is a likable presence in the lead role, even as his character makes some bad choices. Wendt and Baldwin are both intimidating in different ways, and have the likes of Vernon Wells and Lionel Mark Smith on their side. Wuhrer is quite lovely, which I've already mentioned, and does a decent enough job with her few scenes. And Timm Sharp is a welcome inclusion, playing Sean's friend, and one of the few characters onscreen not carrying around any big secrets.

While not exactly tense, in the traditional sense, this is a movie that certainly leaves you on edge throughout. I know that sounds paradoxical, but I simply mean that the movie often paints such a dark picture that being tense, hoping that characters can turn things around, seems futile. It may also turn your stomach, thanks to the mixture of violence and the sheer depth of despair and hopelessness that it explores. I'd argue that it's the darkest film in Stuart Gordon's filmography (although Edmond is a movie that has evaded me over the years), and that alone should make it worth a watch if you're a fan of the man.

Well worth seeking out. Just don't watch it if you're after something to put you in a good mood. 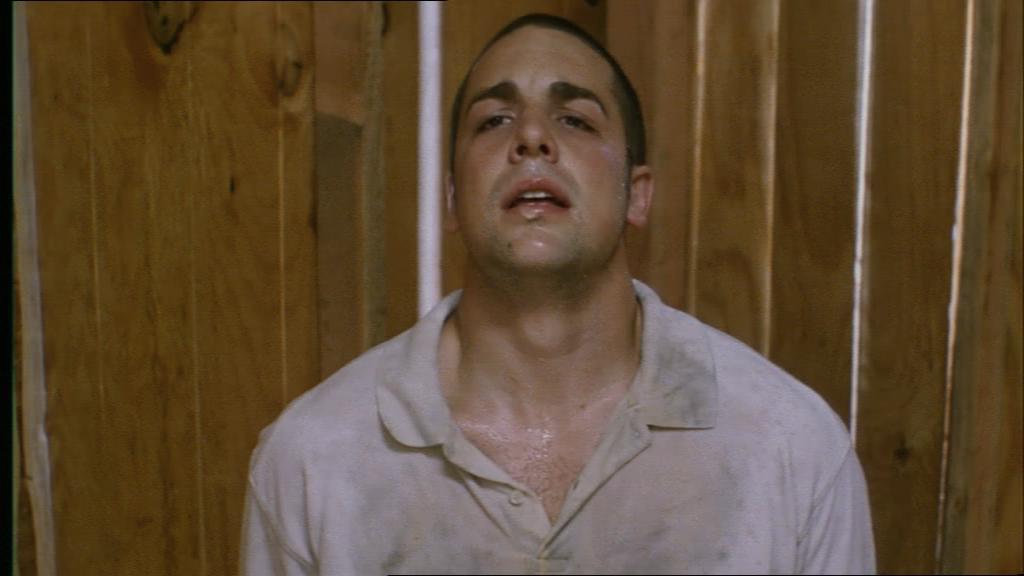