George Clooney has a lot to thank Steven Soderbergh for. The two have had a successful working relationship for some years now, but Out Of Sight seems to be where it all began. Adapting the novel by Elmore Leonard, it really feels like this film had the benefit of great timing. Any closer to the releases of Pulp Fiction and Get Shorty and this could have been lost among the tidal wave of imitators that came along. Any later and it might have all felt irrelevant. At the very least, the full cast might not have been available, and this is a movie that gets some major brownie points thanks to the casting.

Clooney is Jack Foley, a bank robber who can do more with his brains and charm than many others could do with guns and violence. But it's not so easy being a career criminal when you're currently behind bars. When he finds out about a potential big score, one that won't wait around forever, he engineers a prison break. The bad news is that he breaks out of the prison just as U.S. Marshall Karen Sisco (Jennifer Lopez) pulls up in her car. Jack then has to take her hostage, the two of them stuck in the boot of a car while his main accomplice (Buddy, played by Ving Rhames) drives them to a safe spot. The good news is that the two seem to immediately feel something between them. But will it be enough to make Sisco forget her duty as a Marshall?

Scott Frank takes the source material and transfers it all to the screen in a way that nicely balances out the humour and violence, while never once losing a single drop of cool. Soderbergh helps, obviously, with his filming style, shot choices (kudos to editor Anne V. Coates), and the brilliant decision to let David Holmes create an appropriate score, mixed with some classic choices (Dean Martin, The Isley Brothers, and Herbie Hancock all make an appearance - well, not an "appearance" but you know what I mean).

Clooney and Lopez are both fantastic, generating the kind of heat between them that seems to emanate off the screen in waves. Okay, so the former can make that happen with many a co-star, but let's not take anything away from a real highlight in the career of Lopez. She's sexy, strong (apart from her bad choice in men), and feels very much like an equal to her male co-star. Rhames is a constant delight as Buddy, a criminal who always has to confess his misdeeds to his sister, Don Cheadle is suitably menacing as the kind of criminal Foley and Buddy would never want to work with, and Steve Zahn is very funny as a hapless crook who thinks he can run with the big boys. There's also some great support from Dennis Farina (playing Sisco's father), Albert Brooks (the mark), Michael Keaton (revisiting the character he played in Jackie Brown), Luis Guzman, Isaiah Washington, Catherine Keener, Nancy Allen, and Samuel L. Jackson.

Funky, funny, and pretty damn sexy too, Out Of Sight occupies a space nicely in between the two other Leonard adaptations mentioned here. It's neither as funny as Get Short, nor as rich in characterisation as Tarantino's film, but it mixes those two main ingredients together to create an end result that easily ranks alongside those movies. 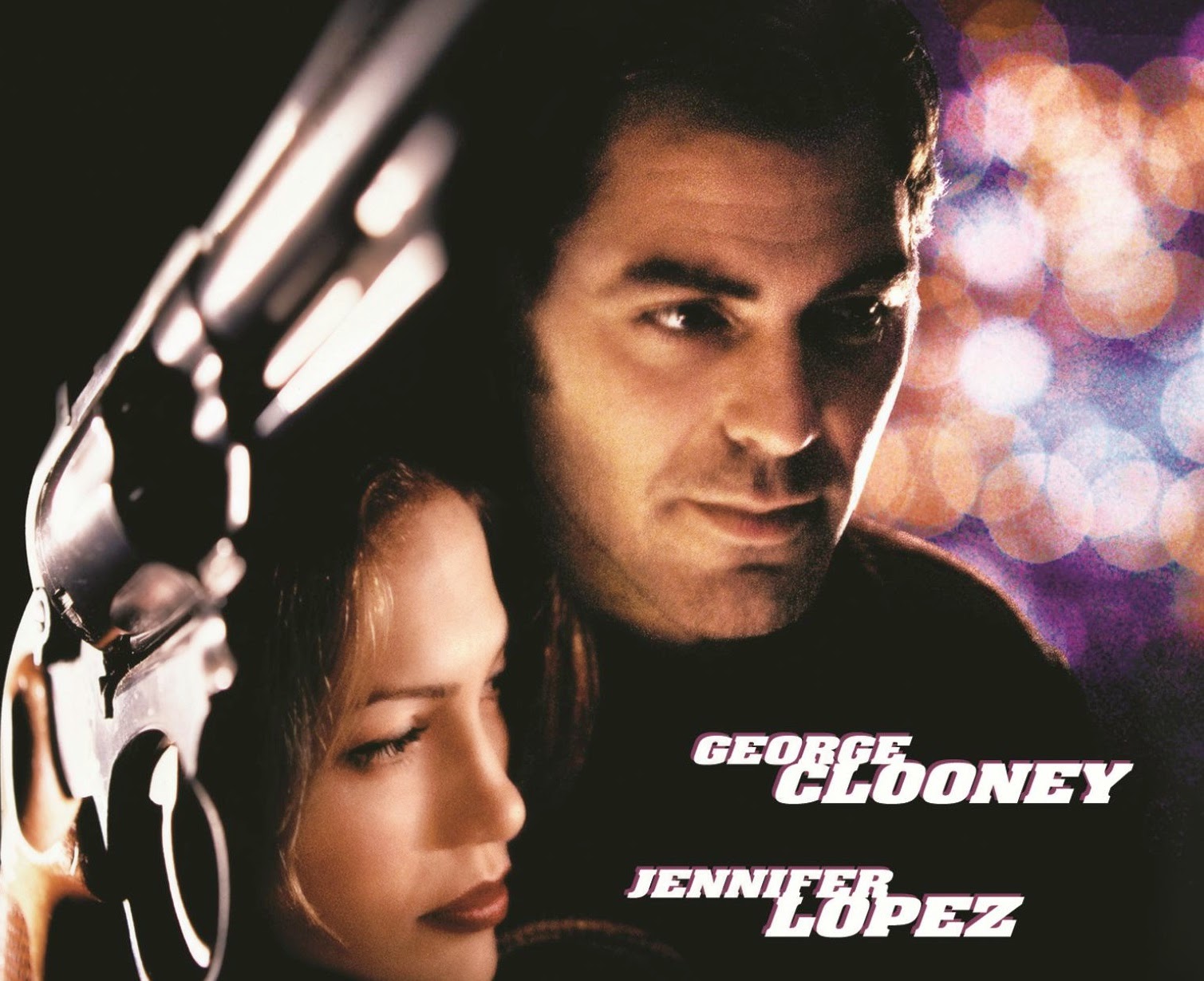