Based on a novel by William Lindsay Gresham, Nightmare Alley is a film that feels better suited to the likes of Tod Browning and Samuel Fuller than to any of the bigger names to have dabbled in film noir. It's a con movie that, like many con movies, ends up ultimately conning the audience, this time with a suave male star (Tyrone Power) and relatively light first half leading viewers by the hand down a darker and scarier path.

Power is a conman who works at a carnival, charming those around him while also trying to figure out the big trick that will get him fame and fortune. Thanks to an experienced phony fortune-teller (Joan Blondell), he eventually gets what he's after, looking poised to take the world by storm with the lovely Molly (Coleen Gray) by his side. But such trickery and manipulation rarely ends well for those lacking any empathy for the people they use, and it's not long until cracks start to appear in the polished mask that Power shows to the world. His desire for even more fame and money continue to grow with each success, making him increasingly desperate whenever he encounters any minor setback.

Directed by Edmund Goulding, this truly lives up to its title at times, especially in the final scenes. Power acquired the rights to the novel, securing himself a role that could take him away from his typecasting, and it's clear that everyone involved tried to stick as close as possible to the black heart beating away at the centre of events. This is a film that sets out to prove one thing - spend too long looking at showbusiness lights and when you turn your head you can still see nothing else. The glare remains imprinted on the eyes, leaving even the darkest recesses of the world nothing more than smudges of grey. And it's in those grey smudges that these central characters work, rest and play.

The leading man is excellent, as charming as he is repellent, and the ladies who share the screen with him (Blondell, Gray, and Helen Walker, who plays a psychologist) all do well by their characters. Gray may be playing a bit of a damp squib, but her beauty and innocence are absolutely necessary to avoid making the whole movie an unbearable feat of endurance.

Full of interesting characters, some choice dialogue, a few minor con tricks on the way to a big payday, and a constant sense of falling down the rabbit hole, Nightmare Alley is a film for those with a strong stomach and love of darkness. It's a powerful piece of work, one that puts on the finest silk gloves before delivering a no-less-painful punch to the gut. 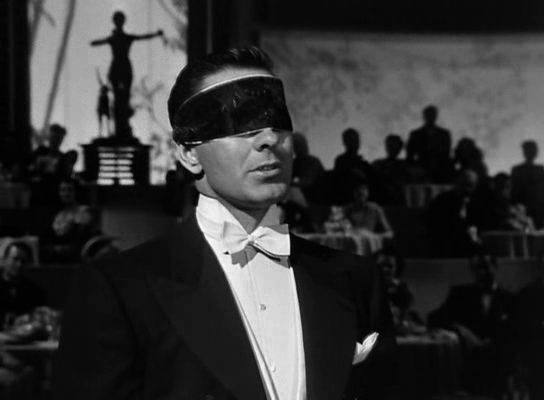