Samuel Fuller seemed to make a career out of diving into experiences that others may have desperately tried to avoid, be it his time as a journalist, the action he saw during wartime, or just the topics that he chose to cover in his movies. From the potentially infectious nature of insanity (Shock Corridor) to the different types of damage caused by racism (White Dog), Fuller didn't peek at anything from any class-constructed hiding place. He ran straight up to them and looked, long and hard. His unflinching view has left us a selection of fantastic movies, even if they weren't all necessarily appreciated during his lifetime.

The Naked Kiss is a film that nestles in comfortably amongst the others just mentioned. It starts off in quite a strange, unsettling way and then takes the viewer on a journey that leads to somewhere much, much darker. Constance Towers plays Kelly, a woman trying to escape her past. She settles in a new town, having one last dalliance with the local police chief (Anthony Eisley) before deciding that she wants to treat herself a bit better than that. Instead of trying to make money from sales, with her main commodity being her body, she instead gains employment at a local hospital for sick children. Eventually finding love with the wealthy J. L. Grant (Michael Dante), it starts to look as if her past can well and truly be left behind. But she's not the only one with . . . . . . . . . . . . baggage, to put it mildly.

From the opening scenes that show her attacking a man who owes her money to moments in which she feels resigned to be ensnared in a web of judgments made by people around her, Towers is pretty great in the leading role. She could be better, a lot of moments require her to skirt too close to insanity, but I think the problems lie in the material, as opposed to the performance. Eisley and Dante are both very good, with the former casting a constant shadow over the first half of the movie as the one man who could upset the position of precarious safety/cosiness that Towers has managed to get earn. And solid support comes from Marie Devereux, Karen Conrad, Patsy Kelly, Virginia Grey, and others.

Fuller shows his usual tactfulness while hinting at some very disturbing content, yet The Naked Kiss falls down when compared to his other works in a couple of key ways. First of all, a few of the character turnarounds in the third act just don't feel right. I won't go in to detail (trying to keep things as spoiler-free as possible) but there's at least one character who does such a sudden about-face that you start to wonder if something happened that was left on the cutting-room floor. The actions ARE justifiable, but still unexpected. The other big criticism I have with the film is the moment in which everything stops to show a bunch of children singing a song. Oh, it's lovely, it's adorable, many children get a chance to look directly into the camera and sing a line or two. It's also really clumsy and unnecessary, despite the developments in the third act.

Other minor niggles conspire to stop this being one of Fuller's best. It still comes highly recommended, however, as does pretty much any movie that has his name attached to it. Worth your time. Just not the writer-director at his very best. 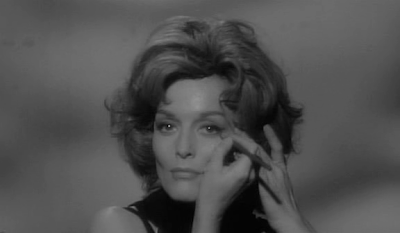