Let me start with a sentence that some may view as slightly contentious. I've never viewed The Night Of The Hunter as a flawless classic. It's a fantastic film, certainly, and an absolutely stunning work of art, but there are just too many minor niggles that stop it from being a perfect movie experience, in my view. The child actors aren't the best, especially in the first half of the movie, there are a number of moments that don't feel right, even within the fairytale construction of the film, and the end coda is a clumsy way of sending viewers away without too many troubles plaguing their thoughts.

Once everyone has stopped scowling at me for that opening paragraph we can move swiftly along. Trust me, the rest of this review is pretty glowing, which is why I wanted to get those negative comments out of the way right at the beginning (like ripping off a band-aid).

A man (Peter Graves) commits a robbery, killing two men in the process, and gets home to his two children (John, played by Billy Chapin, and the younger Pearl, played by Sally Jane Bruce) just before the authorities catch up to him. He doesn't have much time, but he's able to hide the stolen loot and swear the kids to secrecy. While spending time in prison, awaiting his execution, the criminal lets slip one or two words in his sleep that give his cellmate, a "preacher" named Harry Powell (Robert Mitchum), the seed of an idea. When released, Powell heads out to befriend Graves' widow (Shelley Winters), thinking that he can find out where that money was put. If only things were that easy. She really has no idea where the money is, but it's not long until Powell realises that the kids might. And so begins a battle of wills between one mean sonofabitch and two children who want to keep a promise that they made to their father.

The one and only movie directed by Charles Laughton alone (although he directed some scenes in The Man On The Eiffel Tower),The Night Of The Hunter takes a number of separate elements that shouldn't work and brings them together to make something truly beautiful and haunting. More a series of gorgeous tableaux than traditional movie moments, light and shadow are controlled to illustrate this twisted Grimm-like story in a way not unlike shadow puppet theatre, or even deceptively simple illustrations in a book for children (the kind that hide horrible details in the background, available to all who look closely enough). A lot of praise must go to cinematographer Stanley Cortez for the overall look of the thing.

Adapted from the novel by Davis Grubb, the screenplay by James Agee is uneven, yet full of a number of quotable moments. Laughton helped to whip the script into final shape, but this is also a film in which the words are given more import by the actors speaking them, and the context of each line.

So let me get back to those actors. I'm not going to spend too much time discussing the supporting cast, although Lillian Gish, Evelyn Varden, Don Beddoe, James Gleason and the aforementioned Graves all do just fine, and I'm not going to discuss the kids either, who do much better when reacting than they do when trying to simply act. Winters is very good, especially considering that her role is perhaps the most difficult one to get right. She's a caring mother, yet also a woman needing comfort. She begins to be changed by Powell as soon as they start a relationship together, and although that passage of time is slightly rushed it still remains fairly convincing, mainly thanks to the performance from Winters. But the film belongs to Mitchum, clearly revelling in a turn that could easily be argued as the best in his entire career. Whether he's explaining his LOVE/HATE tattoos, charming people with lies and tales of morality, or just threatening small children without a second thought, he's consistently great, and certainly one of the greatest onscreen villains in cinema history.

There are many people who will give this movie the extra point that I have denied it. While I myself hold off from classifying it as an outright flawless classic, it's hard to argue too strenuously against those that do. Whether you like, love, or REALLY love it, this is a film that fully deserves the reputation it has gained over the years. 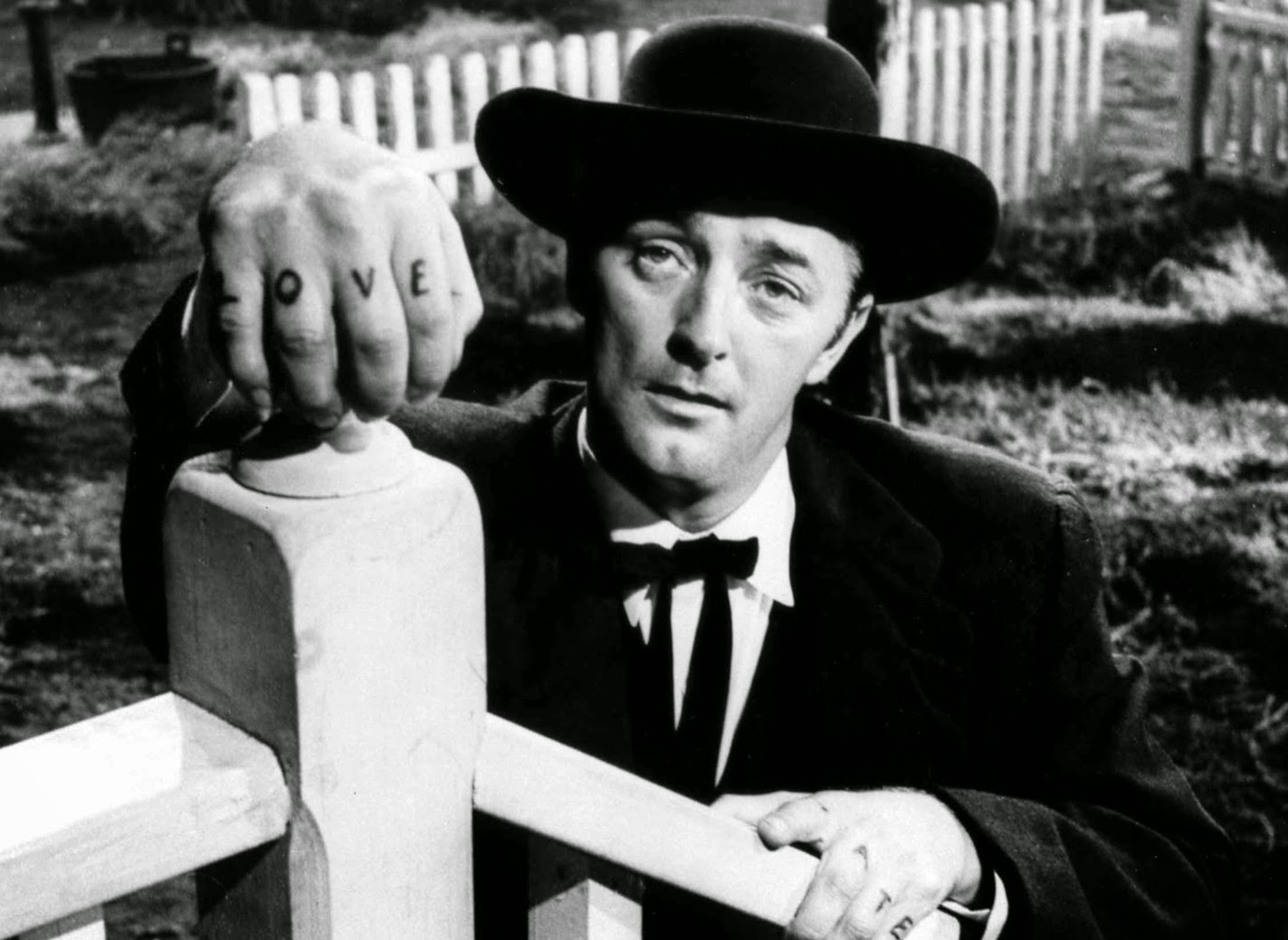