There's a reason for this being a bonus review today, and Bruce Lee fans should know it.

It's strange to review and rate Enter The Dragon without simply opting to heap plenty of deserved praise upon it and highlight it as a perfect martial arts movie. But it's also necessary, because it's not actually a perfect martial arts movie. It remains among the best of the best, however, but a lot of that comes from the fact that it stars Bruce Lee in his most polished production, which allows you to forgive any pacing issues, and the usual assortment of wonderful sound effects accompanying every kick and punch.

There are details to the plot that I could list here, but it all boils down to one thing: a martial arts tournament. That's it. Bruce Lee is one of the participants. As are both the great John Saxon and the great Jim Kelly. It may be up to those three men to snoop around, find out exactly what else is going on behind the scenes (oh, the tournament takes place on an island), and just what they can find out about the man who runs the whole thing (Han, played by Shih Kien).

Lee remains, arguably, the best, most influential, martial artist of all time. Given his best role here, as a secret agent in all but name, he is as mesmerising and charismatic as ever. Saxon and Kelly aren't overshadowed, however, as they show that they're not exactly wanting in the charisma department either. Kelly is one cool cat, while Saxon is a charming sonofabitch (his character is a talented hustler, but a bad gambler). Bolo Yeung is, surprise surprise, a henchman for the main villain, and he's as menacing as he usually is. It's Kien who proves to be the weakest link, simply due to the fact that he never feels like a viable physical threat. Despite this being a male-oriented environment, Betty Chung, Ahna Capri and Angela Mao Ying do well enough in their roles.

Robert Clouse directs competently enough, and the script by Michael Allin, does a decent job of sketching the main characters, and providing viewers with relevant details, but it's not too much of a stretch to think that most people would have been on to a winner, if they had the same premise to work with, and Bruce Lee as the main star. Oh, and the funktastic score by Lalo Schifrin also helps.

That's not to say that what's on display here is lacking in any technical prowess. The memorable finale, a fight in a mirrored environment that has provided the imagery for many Bruce Lee posters (and, yes, I used to have one on my bedroom wall when I was a teenager), is still one of the best to appear in the subgenre. And it comes after an extended set-piece that allows Lee to show off a number of his skills, including his ability with nunchaku.

So I think it's fair to say that none of the main players were allowed to slouch off. But it's also fair to say that there was only one Bruce Lee, and this remains his finest hour. And that explains why, like the man himself, it overcomes a number of perfections to become pretty much perfect. 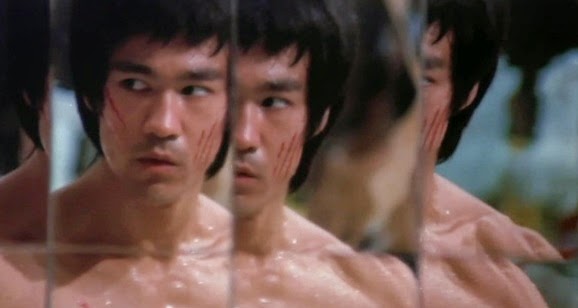