It's fun, it's fast-paced, it rarely lets up on the excitement once it moves into a higher gear, but Gun Crazy is also no different from so many other movies that we've seen before it, or since.

Peggy Cummins and John Dall play the two lovebirds, Annie and Barton, who bond over a shared love of, and skill with, firearms. Building a relationship on such a combustible foundation would seem like a sign of some shaky times ahead and, sure enough, it's not long until Annie is convincing Barton that the life they really want is one that they should take, as opposed to working hard for. Leave the daily grind to the other chumps, that's her view. They can keep moving, committing robberies here and there to earn enough money until they plan that one big score that will set them up for the rest of their lives. Yeah, yeah, yeah.

Written by MacKinlay Kantor and Dalton Trumbo (using Millard Kaufman's name during the period that saw him blacklisted), this starts off as a fairly standard, genteel even, tale of boy meets girl. Okay, there's an opening sequence that shows a young Barton already obsessed, and skilled, with guns, but as soon as he reappears in adult form he seems to be a well-adjusted young man hoping to keep on the straight and narrow. It only takes a few main scenes, however, to move the film from sweetness to harder, "Bonnie & Clyde" territory. The main problem when that happens is that you know exactly where things have to go by the final reel. Also, the character played by Cummins is, by necessity, not all that likable.

Despite being stuck with a slightly loathsome character, Cummins does well in her portrayal of the scheming, cold-blooded Annie. Dall isn't quite as good, but he's stuck playing the sap for the majority of the movie. Anabel Shaw is very sweet in her few scenes, playing Barton's sister, and both Harry Lewis and Nedrick Young fill out the sparse supporting cast nicely, both playing friends of Barton who realise that they may have to get him arrested, once his exploits become nationwide news.

Director Joseph H. Lewis keeps everything rattling along enjoyably enough, but it's a film that seems to fall in between two stools. Fans of hard-boiled crime flicks may well find this one a bit lighter than they're used to, while anyone suckered in by the opening scenes may be disappointed when the movie veers away from romance to crime (although, to be fair, the title of the film is a pretty big clue).

I still think that it's a film worth your time. It just won't ever be a top priority while there are so many other, better noirs to work your way through. 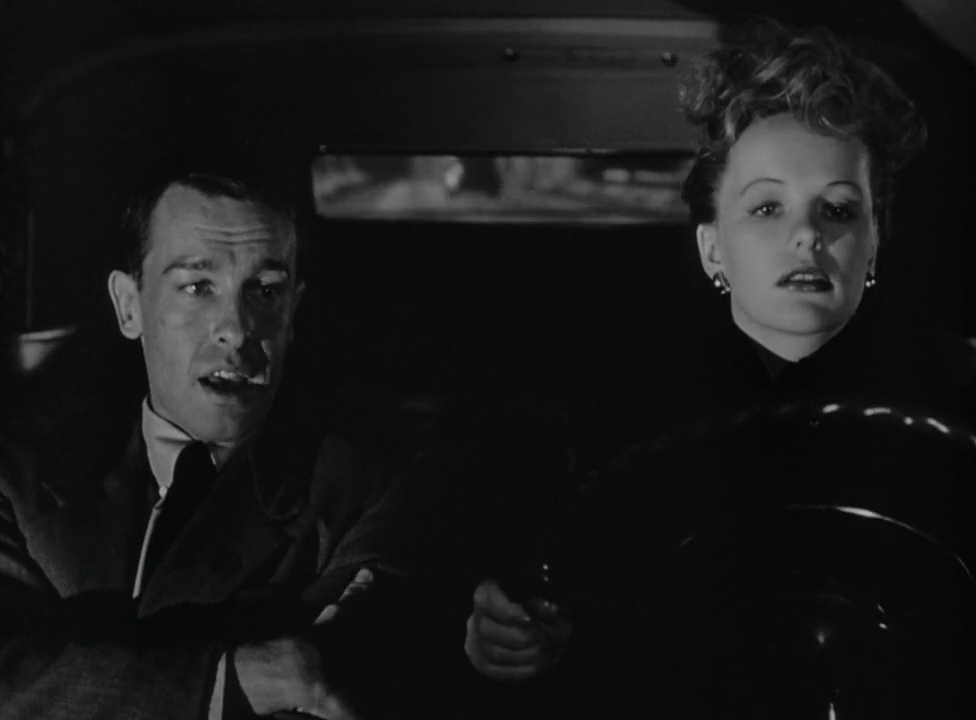