Based on a lengthy noir poem by Joseph Moncure March, The Set-Up is one of the first films that I ever saw to make use of that well-worn trope, the boxer due to throw a fight. It's not, however, the very first. Trust me, I checked with people who know a lot more than I do. But it holds up as an early example already showing how perfect the idea is, even in such a simple, stripped-down, form.

Robert Ryan plays Stoker, the boxer past his prime who thinks he still has at least one good fight left in him. Unfortunately, his handlers think different, which is why they've taken money from a tough guy to ensure that Stoker loses the fight when he's supposed to. But they don't let Stoker in on the plan, assuming that they won't ever have to let him know. That all changes when the boxer really remembers how to box, and his co-operation is needed to keep everyone safe. But he has his pride, and a real shot at victory.

It's hard for me to talk at length about The Set-Up without feeling as if I'm stretching everything out too far. The film itself is such a fine example of economical brilliance that rambling on about it would almost seem like a slight insult. Suffice it to say, the script by Art Cohn is sharp and full of heart, as befits the central character that viewers are rooting for, and the direction by Robert Wise is a reminder of why his name is attached to so many classics in so many different genres. The fight scenes remain tense and impactful, while the character beats outside the ring really flesh out a world that could have just as easily been full of blank faces rolling by until the bell rang for the main event.

Ryan is fantastic in the main role, one that requires him to be credible in the ring and also readable in his thoughts - the pride, the doubt, the determination, etc. Audrey Totter also does well, playing the woman who wants to stand by his side but who also feels that any answers to their problems are unlikely to lie in boxing. George Tobias and Percy Helton are the men who are apparently in Stoker's corner, and Alan Baxter overshadows the proceedings as the menacing figure who wants the fight to end just as he's "predicted" it would.

I really want to discuss the third act in more detail, but I'll refrain. That ruins films for those who've yet to see them, and it's something that would be more involving in an actual conversation anyway, as opposed to just me describing my own reaction to how things turn out. Instead, I'll just encourage as many people as possible to check this one out. Then we can chat about it for a long time if we ever meet up and share a beverage or two. It's short enough that if, by some chance, you dislike it then you won't have wasted too much of your day. But, trust me, it's not one I can imagine film fans disliking. 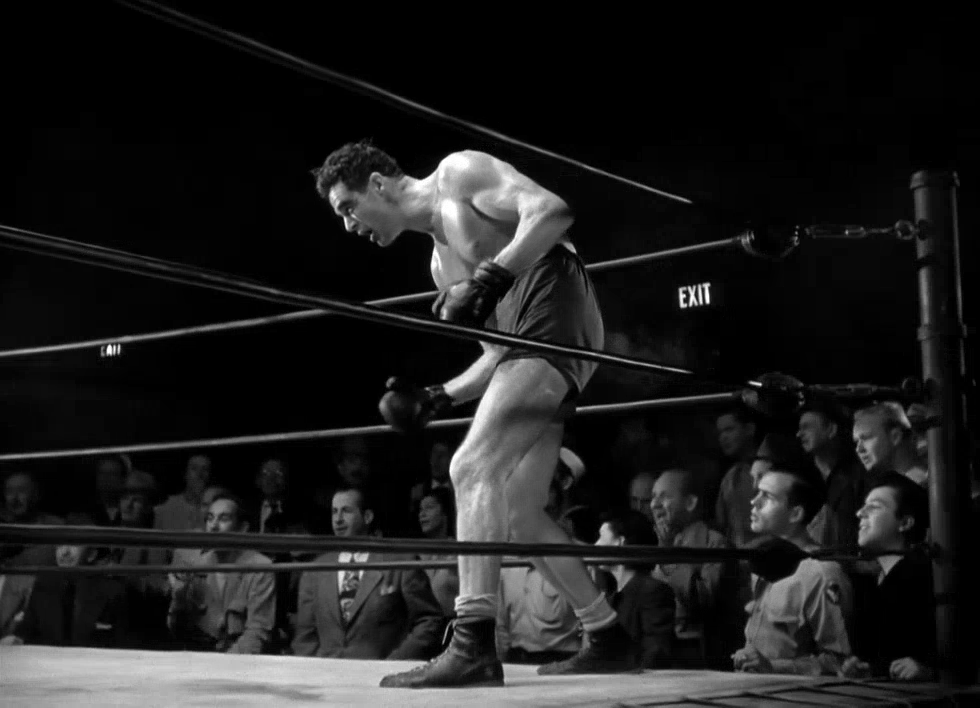