It's a movie made for the SyFy Channel. It's made by The Asylum. Yes folks, roll up your sleeves. Things are about to get a bit bumpy. People who know me, or have read enough of my reviews, will know that I have a soft spot for these movies. I equate them to the cheap 'n' cheerful b-movies of yesteryear, with crappy CGI replacing dodgy practical effects. But even I'm willing to admit that the output from The Asylum is rarely actually good, in the traditional sense, and they sometimes churn out some real stinkers. In fact, most of their movies look as if they could have been developed from the fake trailers in Tropic Thunder.

No need to beat about the bush here. Bermuda Tentacles is one of their stinkers. The plot is so laughable that you may not believe it, but I'll cover the basics anyway. Air Force One gets into a bit of trouble over the sea, forcing the President Of The United States to eject in an emergency pod. A number of Navy vessels appear some time later, with orders to rescue the POTUS, and find themselves attacked by huge creatures that resemble overgrown flukeworms. It turns out that those creatures are actually connected to something much bigger, something that may have been causing so many disappearances over the waters of Bermuda for many years.

When watching any movie from The Asylum, it's always useful to remember a few key points. First of all, they have three different main sets they like to use. One is an all-purpose warehouse, which can double as a lab, military facility, prison, etc. The second is a ship/submarine/aeroplane - all vehicles which can be created with handy use of pipes, monitors, and machines that go ping. The third, and final, main set they use is an alien craft.
Second thing to bear in mind, they always try to get some big names to place in key roles. In Bermuda Tentacle we get Linda Hamilton as an Admiral, Jamie Kennedy as a Doctor (god help us all), and . . . . . . . . Mya as a Lieutenant. If you don't know who Mya is, she was the one who made you ask "who the hell is that?" in the all-star cover of Lady Marmalade that appeared up on the Moulin Rouge soundtrack. None of those people are the real hero of the hour, however, as that honour goes to Trevor Donovan, playing the kind of tough military man who can defy orders if he thinks he has a better way to approach the situation.
Last, but not least, remember that most of the movie will be made up of the aforementioned crappy CGI, repeated use of any "money shots", and many scenes horribly padded out to ensure that they outstay their welcome within moments.

The acting on display here isn't great, with everyone stuck belting out cliches from the script (written by Geoff Meed). The direction from Nick Lyon is barely okay, and that's me being kind. The whole movie is just a bit of a mess, starting off at a quick pace and then having to tread water, no pun intended, for the next hour or so. If you can watch this movie and care about the outcome by the time the third act comes around then you're a better viewer than I am. 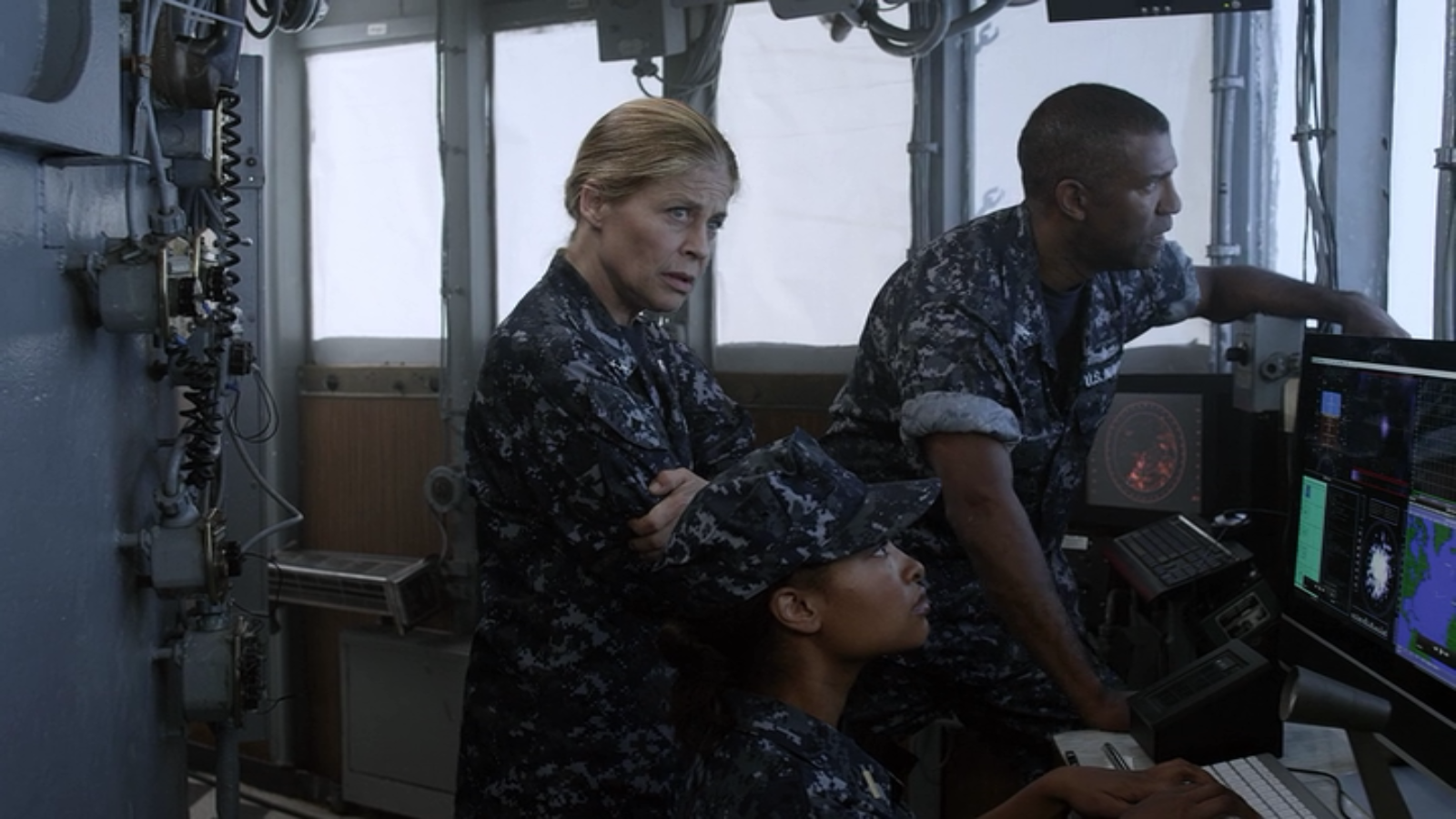