I guess it could be easily forgotten among many other slick thrillers from the past few decades, but Masquerade is a very enjoyable piece of fun. Any experienced viewer should be able to tell where the twists and turns are going to appear, yet that doesn't detract from the experience. In fact, seeing how the pieces are put in place to create the winding path of the plot is one of the main attractions, with another being the decent cast.

Rob Lowe stars as Tim Whalen, a young man who is gaining quite a reputation for his work in the sailing world. He's also getting to sleep with Kim Cattrall (who plays the wife of his boss), so it seems like a sweet life. But when he meets the lovely Olivia Lawrence (Meg Tilly) he falls in love. It maybe helps to know that she's megarich, which immediately casts aspersions on Tim's intentions. The couple find themselves under quite a bit of scrutiny, from Cattrall's character, from Olivia's horrible stepfather (John Glover), and from a local police officer (Doug Savant) who still holds a candle for Olivia. It's not long until some treachery is afoot.

Written by Dick Wolf, the script for Masquerade is clever enough to deliver information, both overtly and covertly, to the viewer, while never seeming too clever for its own good. It's both Hitchcockian and also enjoyable, polished nonsense.

Director Bob Swaim knows how to handle the material, and cuts his workload in half by getting the right people in the right roles. Using the attractive location, the attractive leads, and a very good score from John Barry, he keeps everything light and entertaining throughout, with most of the fun stemming from figuring out just who is due to get one over on who.

Lowe is excellent in the lead role, all charm and confidence. He also remains pretty likeable, even when his motives are called into question. Tilly is as lovely as ever, and she had quite a run of movies at this time that made the most of her fragile beauty (also check out Psycho II and Impulse if you can). Glover is always worth watching, in my opinion, as is Cattrall, although I admittedly like to see both onscreen for different reasons, and Savant does a decent enough job with his character, even if he is the weakest of the leads. Dana Delany and Erik Holland provide solid support, and the Long Island location is the perfect setting for such potential soap opera shenanigans.

This isn't a film that wants to take you down too many dark alleyways. It's not a film that will shock you with the revelations that it lines up, mainly throughout the last two thirds of the runtime. It's just a decent bit of entertainment, and it does exactly what it sets out to do. 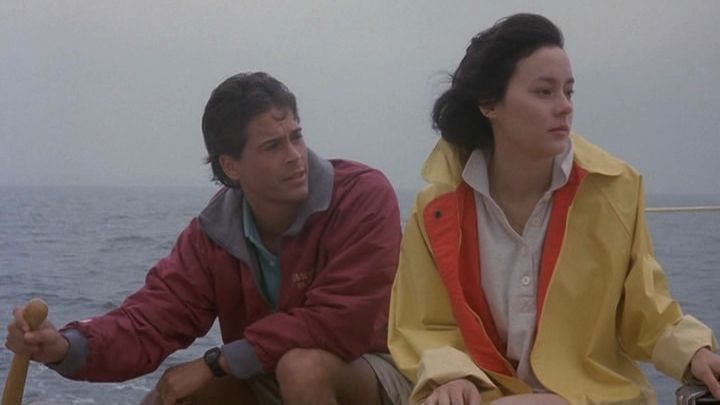