Thank goodness for movies like Ouija, because sometimes I want to rattle off a review with little thought and/or effort. This kind of film, that seems to have taken no thought or effort to make, encourages me to do that. Putting too much energy into this review would be ridiculous, considering the laziness shown onscreen.

After a prologue that sets up the rules of playing with a Ouija board, the film moves forward to the here and now. Debbie (Shelley Hennig) is looking quite nervy. It seems to be due to the Ouija board that she throws in the fire. It's not long until the board reappears, leading to a death that upsets the rest of the cast, all of them completely interchangeable rent-a-teens. Everyone decides to do the sensible thing, of course. Yes, they all use the Ouija board to contact the spirit of their recently-deceased friend, but they end up instead allowing an evil force to have some chatty time with them. And then more deaths start to occur.

Stiles White and Juliet Snowden did a good job recently with their script for The Possession. It was slick horror for the masses, but it was nicely put together. Unfortunately, they also wrote the screenplay for Boogeyman, which this is more in line with. Boogeyman is, in fact, the slightly better film. The weak screenplay is hampered further by the unimaginative direction from White, trying out the big chair for the first time. Jump scares are predictable and unearned, shots of anyone around the Ouija board are as dull as ditchwater, and the one decent scene in the whole film feels as if it's ripping off Final Destination.

Although I'm pretty dismissive of the entire cast - Olivia Cooke, Ana Coto, Daren Kagasoff, Bianca A. Santos, and a few others - I'm not blaming them for the dull mess that unfolds during the 80+ minutes. They are, after all, just doing their job. Okay, they don't do very well, but they don't exactly have the best material to work with. And when Lin Shaye appears, the whole thing starts to feel like one big joke at the expense of audiences who have bought enough tickets over the years to show that horror films can often provide a decent return on very little investment. Not that Shaye does anything wrong. She just happens to have appeared in some of the better horror movies in the past couple of years, and is now placed slap bang in the middle of one of the worst.

The only thing that Ouija is good for is allowing itself to be held up as an example of all the worst traits of mainstream horror movies from America. No intelligence in the script whatsoever, no originality, no charm or charisma found in any of the leads, and no reason to care about what happens to any of the characters. All you end up with are some jumps and half-decent CGI.

Perhaps it was a deliberate move to make this film so dull. Perhaps the original tagline was - "Ouija - you'll be board to death". Sadly, I doubt the film-makers would even be that imaginative. 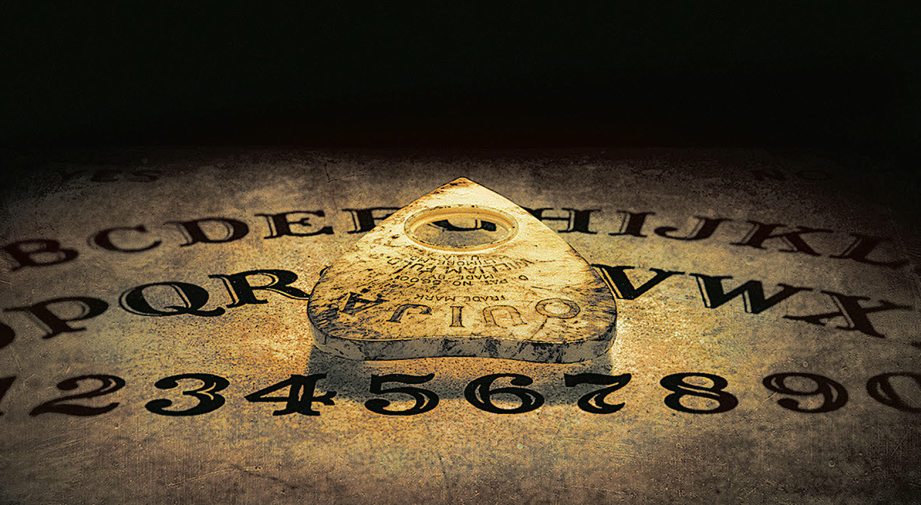