Okay, here's an important thing to say about A Ghost Waits. It has a plot development that will prove difficult for some people. I'd go so far as to offer people a trigger warning. Unfortunately, with trying to keep things as spoiler-free as possible, I can't go into more detail here. Suffice to say, please do check with someone that has seen the film if you get the chance to see it and want to find out if there is anything you won't be able to handle.

Having said that, without any further ado, I LOVED A Ghost Waits. Absolutely loved it. It's a modern blend of Beetlejuice and The Ghost & Mrs Muir, even if that wasn't intentional (writer-director Adam Stovall told me that he hadn't seen the latter movie before working on this), and it's a film that rises far above the low budget, thanks to the performances from the lead cast members and the unusual and sweet message that comes to the fore during the final act.

MacLeod Andrews plays Jack, a man who is tasked with visiting properties to do odd jobs and check on their condition. One of the properties needs a bit more investigation, because nobody seems to stay there for very long. The reason for that is Muriel (Natalie Walker), a ghost . . . I mean to say spectral agent . . . who has the job of constantly scaring people away from her house. After observing him for some time, Muriel sets out to scare Jack away. But Jack is not as easily scared as some people. He has a job to do.

Although you might think otherwise, this film DOES have a budget. It may not be enough to pay for one of Michael Bay's sweeping camera moves but it's there, and Stovall does what he can with it. He often keeps the camera in tight when alongside the two central characters, he makes use of one location for the most part, and everything stays focused on the script. Yet, and this is a big plus, he uses his resources wisely to set up some enjoyable special effects moments that add to the believably grounded supernatural story. Some of these effects may be a lot easier or harder than I am aware of, but it's good to see Stovall making use of them without overdoing it.

As good a job as he does in the directing chair, and it's a very good job indeed, Stovall has done himself a huge favour with his casting. Andrews is a fantastic natural talent, someone you take a liking to immediately (whether he's doing odd jobs while oblivious to supernatural phenomena or indulging himself in an imaginary conversation with a toilet), although it's hard to say whether it's a plus or minus that his good nature hides the potential for the film to get darker. Knowing where the film came from, in terms of headspace and opportunity, I think this was a deliberate choice, for reasons that will become clear once you have watched the movie. As for Natalie Walker, my quandary here is whether or not to heap as many superlatives upon her as ran through my mind while watching the film. She is the most amusing grim presence I can think of on film since Christina Ricci embodied Wednesday Addams, and one of my new favourite humanoid ghosts of all time. Before I watched this, I hadn't even started to think of having to pick a top selection of humanoid ghosts. She's great anyway, and works brilliantly with MacLeod. Amanda Miller is also excellent as the "boss" of Muriel, and Sydney Vollmer is a lot of fun as Rosie, another gho . . . spectral agent sent in to help when it becomes clear that Jack isn't going to be so easily scared off.

This is the kind of film that does best with a festival crowd, a group of people ready to give it a fighting chance and root for a good outcome for someone trying to do their best, so it's definitely worth keeping your expectations lower if/when you get a chance to see it. I'm not going to lower my enthusiasm for it though. I absolutely adored this film, and I did so while also acknowledging its flaws and realising how problematic certain developments could be.

I hope others love it as much as I do. If not, I'll just keep it for myself then. 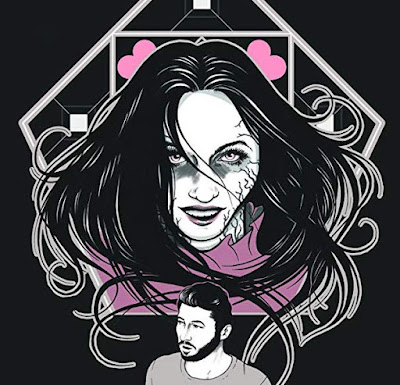