The second full feature from director Adam Egypt Mortimer, who also worked with writer Brian DeLeeuw to adapt his novel into screenplay form, Daniel Isn't Real is a fantastic psychological thriller with some impressive horror moments interspersed throughout.

After some opening scenes that show a young boy named Luke cope with his life by creating an imaginary friend named Daniel, things get to the here and now. Luke (Miles Robbins) has spent many years keeping Daniel (Patrick Schwarzenegger) locked up, but it's now time to set him free once again. Luke believes that Daniel, despite not being real, is there to help him through difficult times in his life. Daniel, on the other hand, believes that he is there to take over, and that will be the best result for both of them.

It's impressive to watch Daniel Isn't Real and watch it start off as something feeling very familiar and predictable before moving further and further towards quite a different angle in the second half. Not that anything then automatically becomes impossible to see coming. Genre fans should be able to stay at least one step ahead of the unfolding plot, but it's all done in a way that certainly proves to be slicker and trickier than the opening scenes would lead you to believe.

The two leads both do great work. Robbins is very insecure and willing to be led around by others, Schwarzenegger is almost Patrick Bateman-esque in his lack of care for anyone around him who gets in the way of his plans. Sasha Lane and Hanna Marks are two different young women who end up caught between the two identities, to different degrees, and I was delighted to see Mary Stuart Masterson in a strong supporting role, playing Luke's mother, someone who has suffered from her own mental health issues for years. The other main actor is Chukwudi Iwuji, playing a therapist named Braun who tries to help Luke without realising the full extent of the problem.

Mortimer obviously saw some main aspects of the story that he wanted to enjoy exploring, starting with that familiar shared experience of having an imaginary friend to help us get through hard times, and the sense of fun and curiosity he has is infectious. Although using the problematic mental state of Luke as the main "battleground" for the film, Mortimer successfully walks a tightrope between creating the tension, and fear, and treating the subject with the respect it deserves. Perhaps most surprising of all are the moments that terrify because they feel pulled from real life, moments in which people cannot stand to see things around them and want to choose suicide, moments in which people battle loved ones until jolted to their senses. If you have ever been in a situation while trying to help people in this confused state, either someone who has been plagued by episodes throughout their life or someone who has hit a certain age and then been cruelly attacked by the onset of dementia, then you'll recognise that balance between wanting them to feel happy, and less confused than necessary, and wanting them to remember who and where they are.

Working equally well on two fronts, Daniel Isn't Real is an entertaining film and also one that will keep you thinking. Some may have issues with the way it portrays some aspects of difficult mental health issues, but I think the beginning and the finale allow it to sidestep most major criticisms, and also push it from a thriller into more solid horror territory. 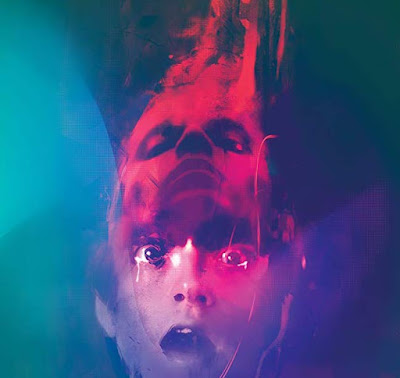