Dougray Scott is a good actor, isn't he. That's not a question. That is a statement. And it's not me being sarcastic. He IS a good actor, but I think it's very easy to forget how good he can be when he keeps being given roles that don't make the best use of his talent. He has starred in some crap over the years, most of which I have also enjoyed, but Sea Fever is both a) not crap, and b) his best role in years. If you're a Dougray Scott fan, this is one you must see.

The plot concerns a trawler/fishing ship that is helmed by Scott and Connie Nielsen (playing Gerard and Freya). They have agreed to allow a young marine biologist (Siobhan, played by Hermione Corfield) on board for their latest journey, one in which they hope to have a bit better luck. Siobhan having red hair is supposed to be a bad omen though, according to the rest of the crew. But the real bad luck stems from a decision by Gerard to take the ship into an exclusion zone, which brings everyone into contact with an underwater beastie that has a dangerous habit of spreading parasites to anyone it comes in contact with.

Written and directed by Neasa Hardiman, this is a fantastic creature feature that works as well as it does because of the central characters, the cast, and the general high quality of the script. There are one or two plot holes, and an ending signposted in huge neon letters well within the first act, but it's all done so well that you can let those things slide while enjoying a sea-based horror full of paranoia and a smidgen of body horror.

I started this review praising Scott, and I'm about to do it again. This is absolutely one of his best performances in years, and perhaps up there as his best of all-time. He shows that Gerard is desperate to get a decent payday, but also doesn't willingly set out to harm anyone in his crew that he views as being pretty much part of a family unit. Nielsen is very believable as a female who can be the more responsible one while not harbouring any resentment for the bad decisions that her partner makes, knowing he has good intentions (even if we know where those lead). Corfield holds her own alongside these old pros, being very likeable and easy to root for, even during the earlier scenes that show her being a bit anti-social and not being used to anything that isn't her work. Olwen Fouéré is an old hand, Ciara, on the boat, and some younger crew members are played by Jack Hickey, Ardalan Esmaili, and Elie Bouakaze, with nobody delivering a bad performance.

But it's Hardiman who brings everything together so well here, from the cast to the ideas she makes great use of, having the gorgeous cinematography by Ruairí O'Brien complemented by a wonderful score from Christoffer Franzén. Nicely using the skeleton of a standard watery creature feature (and they seem to be making a small comeback lately, we just need one or two more to make it feel like 1989 again), Hardiman then tightens the focus, it's all on the potential for parasites and how the characters could endanger one another, and the third act is very much a survival horror scenario with the main creature less of an immediate danger than the behaviour of others and the threat of a potential widespread infection.

I'm not sure many people will enjoy this as much as I did, and I'm not entirely sure why I enjoyed it AS MUCH as I did. Sometimes quality just wins out, especially when it is present in every aspect of a film you had no expectations for. Most people may want to knock a point or two off my rating. 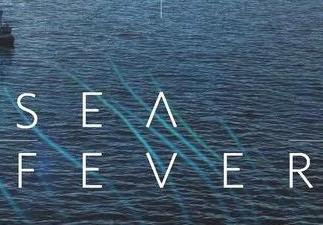