Alien preyed on the fears that men have about pregnancy. Fatal Attraction reminded men of the dangers of cheating on your wife with someone who could end up being a bunny-boiling psycho. Teeth reminded men that vagina dentata is a thing to be terrified of. And now we have Butt Boy, a blend of cop thriller, drama about addiction, and a film to exploit the fears of men who start to worry immediately after that one time they made love to their partner and decided to risk allowing a little finger up their posterior to find the g-spot up there. What does it mean if they enjoy it too much? And what if they need to push further and further to get their sexual thrill?

Butt Boy takes this idea, as you might have guessed from the title, and runs with it. Tyler Cornack stars as Chip Gutchell, a man who finds himself unexpectedly pleased when he is given a quick rectal exam by a doctor. This leads to him trying out a variety of objects he hopes will give him pleasure when inserted inside his anus, and he discovers that pretty much anything can go up there. I do mean pretty much anything. Soap and remote controls can be replaced, but a household pet? A small child? Or is it just coincidence that Chip eyes these things up before they disappear? Some years later, Chip is a regular attendee at AA meetings and he ends up being paired up with newcomer Detective Russel Fox (Tyler Rice). Russel has some disappearances to investigate, including one with a very personal connection, and it's not long until he starts to suspect Chip.

As well as being in the lead role, Cornack is also the director here, and a co-writer on the screenplay with Ryan Koch. Expanding a comedy sketch from the Tiny Cinema series, Butt Boy is a film that will clearly divide viewers, but it's worth saying that the reason it works so well (for those who DO think it works) is because it's largely played as a straight crime thriller. The detective thinks he has his man, the main suspect wants to avoid capture, it's a classic premise. The big difference is that this time around the man may have used a TARDIS-like anal cavity to commit his crimes. That in itself is amusing, but wouldn't work if it was the only thing to laugh about. Other laughs come from Detective Russel arguing with his superior about his theories, the fairly loveless relationship between Chip and his wife, Anne (Shelby Dash), and the cheesy manager (Rick Sanders, played by Austin Lewis) who oversees Chip's workplace. But let's not underestimate the comedy value of Chip looking at various objects with a new-found curiosity and yearning as he realises he has something else to try and fit inside his butt the next time he is alone.

The tone of the script is matched by the performances, with everyone playing a heightened and cinematic version of their character. Cornack is a lot of fun as the man who goes to far along the path of self-satisfaction, Dash is entertainingly dismissive of his needs, and Rice delivers a turn ripped straight from the pages of "Clichéd Cop Acting 101", which works wonderfully in juxtaposition with the silly central concept. Lewis is very funny every time he's onscreen, all about building the team spirit and delivering whatever motto comes to his mind for that day, and Brad Potts is hilarious as the bemused Police Chief.

The soundtrack, also by Cornack and Koch, works well, the scale is kept small but the whole presentation is always as cinematic as it can be, and I think too few people have shown appreciation for the fact that underneath all of the silliness this is also a film about the self-destructive nature of addiction, of getting used to that high and constantly chasing it, often at the expense of others. Although the lead character was named after Tyler Cornack's godfather, apparently (according to the IMDb trivia section, which isn't always accurate), I like to think that there was a deeper reason for having a film about addiction centred on a character named Chip. 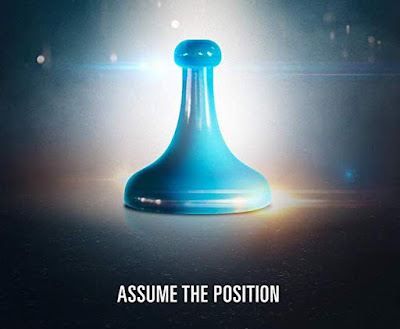