If you're going to create a horror movie set at an event alleging to bring together some of the biggest social media influencers in the world (mainly YouTube and Instagram stars) then you should do your best to avoid making the main characters as annoying as viewers will, rightly or wrongly, expect them to be, or you can ramp up the nastiness in a way to make it all more satisfying.

Deadcon does neither of these things.

Lauren Elizabeth is Ashley, a young woman who ends up in a haunted hotel room after an overbooking situation. Claudia Sulewski is Megan, and her big problem for the weekend is trying to get some private time with the young man she is secretly dating. He's Dave (Keith Machekanyanga), and he's not happy when given such limited time, especially when Megan hasn't completely broken up with her boyfriend yet. All of these things are revealed after a prologue that shows a man on a computer speaking to a spirit named Bobby. The years may have passed by, but Bobby (Judah Mackey) has stuck around.

Although he seems to have a background in comedy material, writer Scotty Landes ended up with his name on both this and Ma in the same year. Having now seen this, I shall reserve judgement on his value as a contributor to the horror genre until I see Ma. Because I think it might be a bit harsh to dismiss him immediately, based on this alone, especially when there are moments that show him doing some decent work in between the weaker scenes.

Director Caryn Waechter has a bit more experience with darker material, although most of her previous work consists of short films in the run up to her debut feature, The Sisterhood Of Night, and she tries to do what she can with what is essentially a supernatural curse movie revolving around characters who are social media stars (just typing that out made me want to throw up in my mouth slightly). It's a shame that the budget didn't stretch enough to make the onscreen environment feel more real - background noise feels like it's pulled from a generic "crowd noise" selection, and there are scenes in which a dozen heads/hands holding phones up are supposed to give the illusion of a big crowd . . . it never works - but Waechter makes up for these moments with some of the teen-friendly scares. The brief runtime, just under 80 minutes, also helps.

Elizabeth and Sulewski are both fine in their roles, with the former particularly nailing how entitled and out of touch you expect these young, new breed of celebrities to be. Machekanyanga does enough to make his character likeable enough, despite having at least one major doucehbag moment, and Mackey does a lot better as the silent and spooky did than he did in his "normal" role in Anderson Falls. Carl Gilliard is the one person who believes he knows what is going on, and he does well in his thankless role, while everyone else is either eminently forgettable or just annoying enough for you to want them to disappear ASAP.

Although nobody, from the director and writer to the various cast members, can quite do enough to make up for the inherent pointlessness of the whole thing (and I mean that in relation to the main characters and also the main paranormal activity), Deadcon almost rises up to the level of average because of a number of people trying to do the best with what they've got. It doesn't manage it, but I was impressed that it almost did. 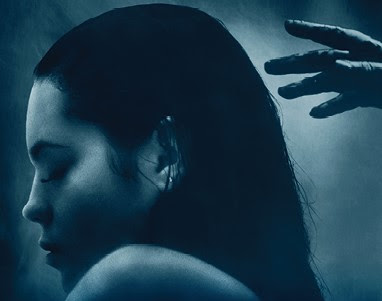