The last instalment of Park Chan-wook's Vengeance Trilogy, Lady Vengeance is a deceptively light tale that leads to a finale that allows viewers to question what vengeance really brings, be it closure, catharsis, guilt, dissatisfaction, or any other number of feelings.

Lee Young-ae plays Lee Geum-ja, a young woman who is released from prison at the start of the film. She has served a 13-year sentence for the kidnap and murder of a small boy, and throughout that time she has been coming up with a grand plan and building up a store of favours. Because, as becomes clear quite early on, she wasn't the person responsible for the horrific crime. Despite confessing to it.

The first script collaboration between Chan-wook and Jeong Seo-kyeong, Lady Vengeance is a well-constructed piece of work that skirts close to being a mystery before showing you all of the cards quite early on. You have questions during the opening act, those are answered during the middle section, and the third act sets everything out, as our lead does for other characters, and shows a stark choice to be made, one that will reverberate through the lives of others for many years to come.

Although there are many interesting supporting characters here, with one of the most memorable being a spiteful and abusive prisoner named "The Witch" (played by Go Soo-hee), Lady Vengeance never loses focus of the main characters. You have Lee Geum-ja, Detective Choi (Nam Il-woo), who was never convinced of her guilt, and Mr. Baek (Choi Min-sik, returning for a smaller, but no less vital, role after his peerless turn in Oldboy).

What Chan-wook and Seo-kyeong do so well is the detailing and forward momentum of the script. Even as you perhaps have to play a bit of catch up, reminding yourself of who various characters are between the present and the past, there's a narration to help, as well as various signifiers telling you what plot point any particular sequence is revolving around. Whether it's a dream sequence, a memory, or simply a scene showing you something happening that seems out of the blue, there's always enough within the frame to stop viewers getting totally lost.

Young-ae is a great protagonist, she is a perfect mix of sweet, innocent, scheming, and absolute ruthlessness. Il-woo is a nice addition to the core group, showing how frustrating it must be to go along with a majority verdict while you have no concrete evidence to back up your own feeling on the matter. And then you have Min-sik, being horrible, and doing so well at it. Kim Si-hoo also deserves a mention, playing Geun-shik, a young man who would have been about the same age as the murdered child, and a co-worker that is drawn into a relationship with our lead.

The previous two instalments showed how vengeance affects individuals, in a way, while this shows how it can bond together a group of people, for better or worse. It remains a lighter look at things, compared to the other movies, but that's down to the deceptive direction from Chan-wook, who uses every trick in the book to keep you entertained and enthralled throughout, with the exception of one or two moments that stop things and turn your face to look directly at the consequences of what is being done. And that is the brilliance of this final instalment of what is an unmissable cinematic trilogy.

This is a set you may want to pick up. 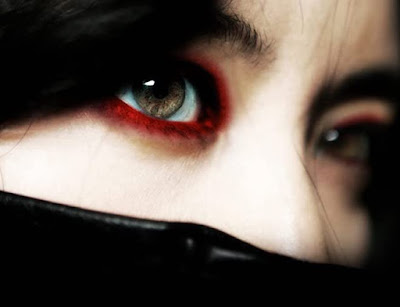