There's a point in Anderson Falls that somehow marks the divide between the good and the bad. It comes along just after the opening scenes, a thrilling sequence that shows the M. O. of two killers played by Gary Cole and Richard Harmon. Shawn Ashmore is the cop who finds his wife dead, an apparent suicide that he knows is really murder. And it is the way the film shows his mindset after her death that, to me anyway, marks the start of a swift plummet in quality. Ashmore has a beard. Yes, this is a film in which a good cop is shown to be upset by the fact that he has given up on shaving. Because we all know that if you give up on shaving then you give up on life.

At the risk of spoiling anything for viewers tempted to see the film, that first paragraph sums up the film. That's it. Ashmore is the only cop convinced that a number of suicides are actually homicides. He knows this because his wife would never kill herself, she had everything to live for. While obsessing over the case, he upsets his ex-partner-now-Captain (Daniella Alonso), he upsets his mother (Lin Shaye) and he keeps delaying a planned trip to Disneyland with his son (Judah Mackey).

First of all, if you are director Julien Seri, or if you're a friend of his in any way, then please look away now. Seri was supposed to be presenting this film as the first film on the final day of Glasgow Frightfest 2020, but technical issues meant that it ended up being the last film of the festival. And Seri kindly stuck around for the whole day, introducing his movie in a small Q & A session. He seemed very nice, and earnest in what he seems to view as a decent little thriller with some nice twists and turns. Which is why he, or anyone who knows him, should look away now.

Anderson Falls is absolutely awful, in a way that made many viewers laugh out loud during moments that weren't really designed to be comedic. A lot of the problems lie with the script, by Giles Daoust. I'm not familiar with the filmography of Daoust, and this doesn't make me want to check out anything else he has done. Interestingly, he wrote and directed a movie called The Room back in 2006. Maybe he's always wanted to tap into the same rich vein of comedy gold that Tommy Wiseau lucked into with his movie, and maybe Anderson Falls is his best attempt at that. If so, well done. He almost manages it.

This is a film you must see if you want to watch Shawn Ashmore stringing together various photos and news items a la Charlie Day in that popular conspiracy theory image, or if you want to see him shouting "I hate you, I hate you" at those same photos, or even chuckle at him just moments later telling his captain that he has managed to think like the killers and has a list of women he would kill next. Because the killers kill women. Every time. And make it look like the same kind of suicide. Every time. And there's no actual reason for it. No, nothing. Seriously. Which doesn't stop the killers having their own board of connected items and photos in their house basement, despite none of the victims being connected in any way.

Perhaps you'd like to watch a black and white image of Shawn Ashmore making faces alongside other black and white images of Shawn Ashmore making faces in a fleeting scene that looks like the rough cut of a 1980s Godley & Creme music video. Well, good times, this is the film for you. Or maybe you like Gary Cole, who is a great actor, but want to see how he deals with some of the worst dialogue that he's ever been given. Again, have your fill.

I doubt that a better cast could have helped this, considering how much both Cole and Shaye even struggle to do their usual good work, but Ashmore is far from a strong lead. I LIKE Ashmore, I really do, but he is not the right fit for this role. At all. Alonso gets to utter every typical Police Captain line to the troubled cop she cares about, of course, and Mackey is a child, so he can either greatly improve in the next few years or eventually quit if he continues to be as bad as he is here. It's Harmon who comes out of this best, and it's no coincidence that he also has the least lines of dialogue.

Julien Seri got himself a fair few fans with his previous movie, Night Fare (which I have yet to see). I can't see this one making him popular with anyone, aside from bad movie connoisseurs. Avoid at all costs. 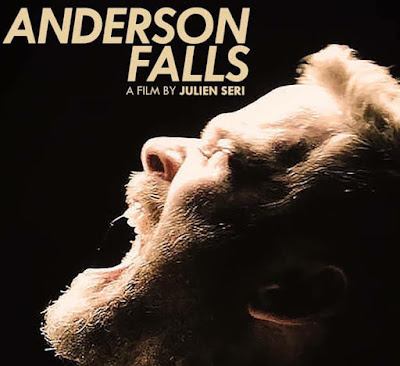