There have been a number of horror movies over the past few years set in a large haunted house experience, or some even bigger interactive event for horror fans. It's easy to see the appeal. These things are set up to bombard fans with genre tropes and scares, and the idea of one being a cover for torture and death is as plausible as it is a bit silly.

Haunt may well be the best of these movies, in terms of the actual horror content. It sets everything up well enough within the first half hour, allowing for a second and third act that can really pile on the gore and violence. It's just a shame that it's let down by the selection of characters and an unmemorable cast.

What's the plot? I've already covered it, basically. A bunch of younglings end up at a haunted house experience in the middle of nowhere. There's nobody else there, aside from the "actors" playing the scary villains, but that doesn't stop them from wandering in anyway and acting oblivious to how strange the whole thing is, at least until someone dies.

Co-directed and co-written by Scott Beck and Bryan Woods (the men behind the central idea of A Quiet Place), Haunt is a film clearly created by people who know their stuff. It utilises the haunted house environment to create a deadly maze with puzzles throughout, not unlike an Escape Room challenge, and has creepy figures in clown masks looking on impassively as hapless victims find themselves in increasing amounts of pain.

The script is a mixed bag. On the one hand, it does okay in setting up the characters, I guess, and the general group dynamic. On the other hand, too many of the leads are just too similar, and it would have been handier to have some more identifiers to tag on to various individuals. It doesn't help that the cast are one homogenised mass of blandness. Katie Stevens, Will Brittain, Lauryn Alisa McClain, Andrew Caldwell, Shazi Raja, Schuyler Helford, and Phillip Johnson Richardson may be the ones without the masks on, but I defy you to remember what any of them looked like once the end credits have rolled.

Thankfully, Beck and Woods do a better job with developing the nastiness as the reality of the situation becomes clear to all of the victims. Whether it's a cut arm or a foot being stamped down on a hand, all of the violence here begins with sensations you can identify with. And when the hammers start to come into play, well, that's a whole other level. Although not dwelling on the gore, things turn impressively brutal throughout the second half.

There's plenty here to please horror fans, plenty, and the fact remains that this isn't as lazy or slapdash as some other movies that have decided to use the same idea in a way that they think then requires no more effort with the actual craft of film-making. It's just a shame that there wasn't even more done to differentiate the characters, and perhaps make their main fears more integral to some of the set-pieces. 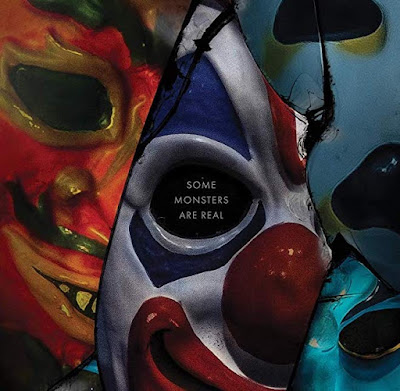